It's been a rough February, weather-wise.  We got a whole winter's supply of snow in pretty much a two-week period beginning with a Groundhog Day snowstorm.  As soon as that snow was put under wraps, we got several more days of snow which disrupted our normal routine.  As snow does.  In Chicago, and I imagine most big cities, they plow the main arterial roads first, then the side streets. 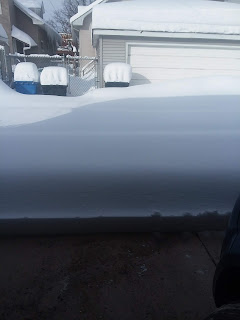 Also, the city does not plow alleys.  There are legitimate reasons for this.  If you see an alley plowed, it is what we call an anomaly.  Someone paid a private resource, or is related to the aldercreature, or has pictures of the aldercreature doing weird things to a goat. 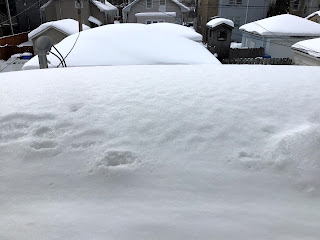 If your brother's girlfriend's, uncle's cousin's, baby momma's doctor who lived next door to an old class mate's mailman says "they use to plow the alleys back in the day," remember THEY use to do a lot of things back in the day that aren't done today. 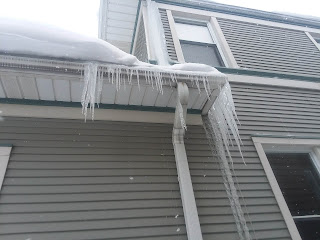 We are very fortunate to have a driveway that we were able to shovel and keep clear so we could go out that way.  After the first snow event, we were able to come in through the alley and leave through the driveway.  The second time we had to back out of the driveway because the alley was just too high.  Garbage and recycling pickup was skipped last week.  I'm assuming Garbage will be picked up this week but they are skipping recycle (it comes every two weeks).

In about 2 1/2 weeks daylight savings time starts – March 14, and less than a week after that is the first official day of spring – March 20 (the equinox)! Yay!

Honestly, like most parents of small ones, I abhor  DTS.  There is really no reason for it.  But we just cannot get rid of something once we invoke it.  Electoral college anyone?

The Job Hunt:  since being let go at Big Audit, I've had about a half dozen interviews or so.  In my industry, the options are law firms, financial firms or consultants.  I have been told by a bunch of incels that I'm not good enough to work with them.  These are the same people who use to come to me for the answers.  The same people who, if I were still working at Big Audit, would be begging me to hire them for our next upgrade project.

There was one position I probably could have gotten if I had shown more enthusiasm but they were a screaming hot mess and I would be miserable there.  They wanted Associate Director level work at Manager level salary.  That is the reason they were looking in 2019 and their hire only lasted a year.

I'm trying not to get too down about it.  Trying.

What to do with this space

Every January hundreds if not thousands of bloggers refind their dormant blogs and make a vow to start blogging again.  I base this on the spike in emails I get at the start of the year from bloggers I follow.  Some make a statement post promising to blog more, others just start writing again.  And then they fade away.  Again.

I make no such declarations.  I write when the mood hitting me intersects with the opportunity to sit in front of a keyboard and clack away.  I wrote in a journal from high school until switching to a computer file post-college.  I kept that going until I started my first blog in 2006.  I tried to keep them both up but that was just too much writing.  Then the professional blog over at ChicagoNow came along and I wrote there for many years. 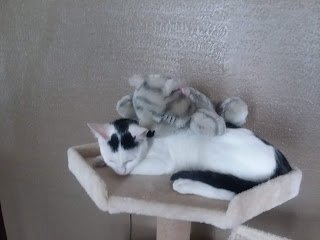 According to Google Analytics, this personal blog got 46 visitors last month.  I'm sure at least half of that was me reading old posts.  The professional blog gets about 1000 hits a month, even though I haven't written there in a long time either.  The benefits of the Chicago Tribune Ecosystem.

I'm not sure what to do with that space either.  it's nice to be able to have a place to vent my spleen and know that more than 46 people are reading it.  But here's the thing.  I am burnt out with the writing thing.

A long time ago in a bedroom far, far away, I had dreams of being an engineer by day and a writer at night.  unfortunately, I didn't have the right resources to succeed in the engineering world.  And I didn't have the right circumstances to succeed in the world of Journalism.  I probably could have gone to some small town and got a job as a copy editor or Obits writer.  Perhaps worked my way up to the day shift.

But leaving Chicago after college wasn't an option and besides, I didn't really have the balls to try and start in a new place where I knew no one and didn't have anyone to fall back on.  Hindsight is 20/20 and honestly, I really should have changed majors as an undergrad and either given Mechanical Engineering (instead of Electrical) a chance or gone to Computer Science in the first place.

Back to the blogs.  I do hope to write a little bit more.  This one will probably be a personal Web Log archive to look back on significant life events.  ChicagoNow will be where I vent my spleen and perhaps promote a book if I ever write one.

Posted by Icarus at 9:27 AM No comments: