Happy pre-4th of July to you all.  Nightingale, Natasha, Boris and I were supposed to go to Memphis this weekend but those plans got crushed.  Hopefully we can make the best of the situation and use the time to deal with all those little things we keep kicking down the road while still having some enjoyable family time. 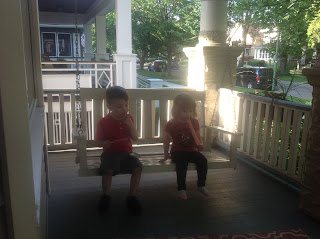 For the majority of my life, Father's Day has had no significant meaning, other than most of my friends had a good excuse not to hang out with me when I was being a whiny, needy bitch.

So after four decades of never really giving a Flying Fuck about Father's Day, I am now legitimately part of the Dad's Club, I am still more concerned with how  to raise  socially-conscious children with beautiful manners and high self-esteem while Keeping Up with the Kardashians is still out there.  Or at the very least, be the kind of father my kids don't eventually grow up to hate.

So it's a little weird to get all the Happy Father's Day mentions on Facebook and in other forms. 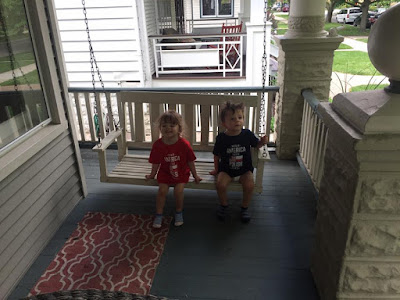 Happy Father's Day to all the dads out there, biological, step, adopted, cool uncle, or anyone else playing the Dad role. Hope you all have a great day!

This is what prompted it 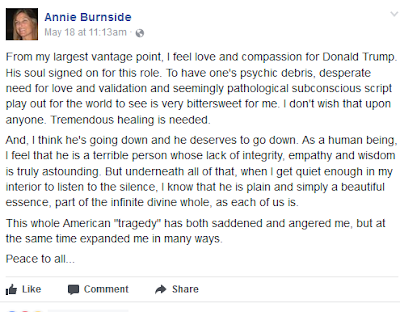 And the comment thread that ended a superficial friendship 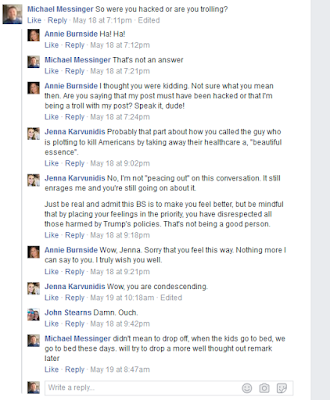 Email ThisBlogThis!Share to TwitterShare to FacebookShare to Pinterest
Labels: From the Inbox, Get It Off Your Chest, Rants and Ruminations

It isn't always hugs and puppys


Sigh.  Over the weekend I received the following FB-mail from a former friend.


Hi Icarus. I just wanted to let you know that I have unfriended you and I think it's only fair to let you know why as we have met face-to-face and are part of the same blogging group.

The bottom line is after your comment on my most recent thread, I no longer fully trust you. I was willing to even take a humorous hit directed at me on my own post about being a hack or a troll. But then when you let me know that you weren't joking and I specifically asked why, you did not respect me enough to respond. Nor did you in anyway stick up for me when fellow CN blogger said that I was not a good person on a comment thread that you started. I would never unfriend someone because they disagreed with me, but I feel that I offer others more respect than what you gave to me. And I have come to love myself too much not to have strong boundaries.

I just wanted to let you know as that is what I would want had the tables been reversed. I am glad that our paths crossed for a bit. And I offer a blessing to your and your lovely family.


So much to unpack here, but let's try.  It's already understood that is a final message, not a request for clarification or attempt to preserve our precious friendship. A healthier more confident well adjusted person would reach out first for clarification and then unfriend if they didn't like what they heard

I don't know what my comment has to do with trust and respect per se.  I asked a relevant question that lots of people would ask based on her post: was her account hacked or was she trolling everyone.  She never really clairified and I got too busy to follow up.Because if it isn't clear that your FB post is not the most important thing in anyone's life right now, I don't know what to tell you.

When you take the time to write an essay like this to someone, instead simply just silently unfriending it is always about YOU.  You know deep in the darkest reaches of your soul you are the one in the wrong here and you are trying to assuage your guilt by writing this treatises of justification.

I'm not sore about the unfriending, truth be told I was thinking about clearing her from my feed as well since we don't interact (I know that is mostly because of the insane FB algorithms).  But what I really hate about this is she gets to dump her last words behind the scenes at me so she can feel better without the world knowing what a phony New Age SJW she really is.  This Facebook Friend not only unfriended me because I didn't respond to her 128 comment thread, but she took the time to unlike my Facebook Writing page too.


I'm sorry our fellow CN blogger sibling attacked her.  Jenna is a fantastic writer and has a way with words. However, with respect to their interactions with other, she often go through life Cos playing as a tantrum-throwing child.  Especially if they aren't 100% in lock-step agreement with her.


But that isn't on me.  She cannot hurt her the way Jenna hurt her.  So she is using the unfriending and final say note as a way to try and hurt me.

Posted by Icarus at 4:07 PM No comments:

Email ThisBlogThis!Share to TwitterShare to FacebookShare to Pinterest
Labels: From the Inbox, Life Snafus, Rants and Ruminations, Two for Tuesday, You May be a Chick if... 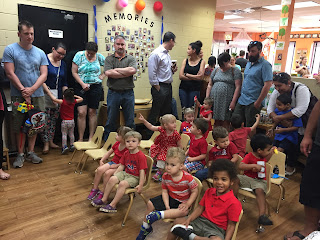 So for some time now Natasha has been using the potty and is out of diapers.  I should have recorded it sooner but it has been a couple of months now.  She has most of the mechanics down and only wets herself in situations where she gets excited and forgets to tell us she needs to go.

Boris uses the potty at school but rarely at home.  Still we have seen a significant savings in diapers and diaper genie refills.  If we can get Boris on board we might be able to divert that money back to our retirement funds, or at least have a nice dinner out some evening.

On the other hand, they have stopped sleeping in their room altogether and sleep either with us or in the guest bedroom, usually one in each.  So much so that we  are seriously converting the nursery back into my office.

We use to put the kids to bed and then come back downstairs to decompress, possibly watch a show and/or get ready for the morning.  Now we have had to go to bed with them.
Posted by Icarus at 5:30 PM No comments: 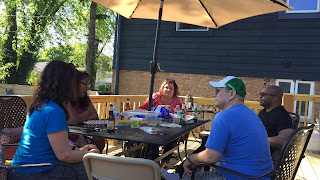 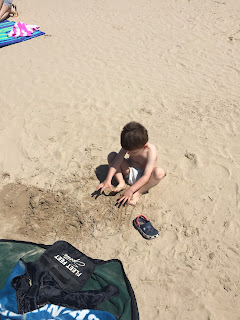