﻿﻿﻿
﻿﻿﻿
So when I left off, all the pieces were coming together figuratively at least. We needed to hang the cabinets, and install the appliances. While I consider myself quite handy and have learned a lot about DIY and hojme repair, I also know my limitations. I also know that even if I did figure out how to do those tasks, the time lost would be greater than paying someone who knows what they are doing not to mention the quality would not be as good.


Enter the Handy Man. From a referral from a friend, I contacted Mr Handyman and he was willing to come over and take a look. What I really liked from the beginning was, as we went over each task, he talked to me as if I could do it myself. "What you do is cut a small hole and insert a stud," or "you drill a couple of holes and use finishing nails".
When it came time to talk about price he said that it works out best if we either come up with a full days worth of work, or just enough things so that they could take on a second job the same day. If we go over 6 hours, it's a full day rate anyway. Not a problem, as the wheels in my head started to spin.


Remember ABT and their expensive installation service? Mr Handyman knew how to do most of that as well. So when I bought the appliances, I decided that ABT could install the stove and the microhood, Mr Handyman and his crew could do the refrigerator and the dishwasher. My reasoning was that if worse came to worse, I could certainly figure out the dishwasher and the fridge on my own, or at least live a few days cleaning dishes manually and not having ice in the freezer.
The timing worked out beautifuly as the appliances arrived just as they finished the cabinets. The developer who put my condo together apparently placed the applainces first and then built the granite around it. The stove was wedged in and we worried we were gonna lose some tiles when ABT removed the old stove.

Luckily, the guys from ABT were not last in their class at Appliance Installation School They knew what they were doing and were able to remove the stove without breaking any tiles -- however ,they determined that they would have to remove some for the new microwave to open properly. Did i mention how lucky it was to have Mr Handyman right there! 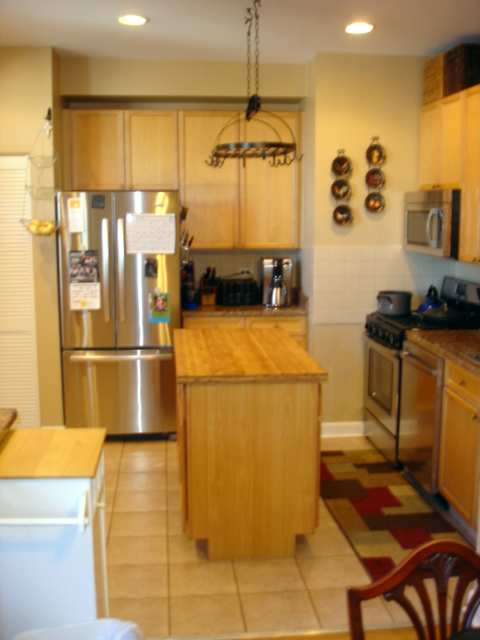 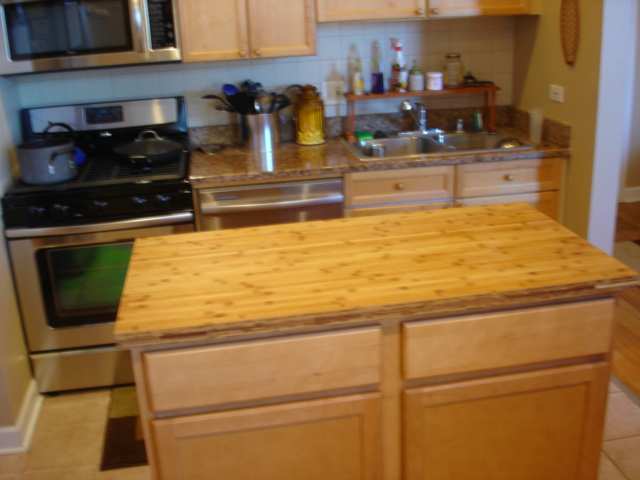 So we had Mr Handyman:

All for $390, materials included.  It would have cost me $250 to have ABT install the fridge and dishwasher so for another buck fifty, I got so much more.
****************
Thank you for reading and I hope you will comment below. Do me a favor? Click my "like" button and join our Facebook community.
You'll find funny, informative links and interesting pictures.  Don't worry, your Facebook feed won't get overwhelmed.
Happy Reading!  Follow Mysteries of Life on Twitter (@MysteriesOLife), Facebook or subscribe via email.
Posted by Icarus at 7:25 PM