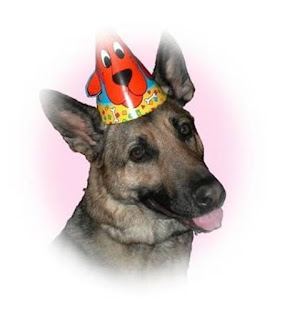 It’s my birthday! Yes, forty-three years ago today the world received a bundle of sarcasm and cynicism, thus improving it exponentially. If you haven't booked your cotton candy and fog machines in anticipation, there's still time!

We didn’t do anything special for it over the weekend.  I'm always a bit hesitant to plan something for my birthday because it never quite lives up to my hyped up expectations.  Then the day comes along and I wish I or someone had planned something.  Schizophrenic, much?

It's hard though when your birthday falls on a Monday. Last year my birthday actually fell on a Saturday but I was unemployed and a bit out of touch with many of my friends so we didn't do anything.  Historically, my birthday usually collides with Mother's Day. In college it usually fell during midterms or finals so finding anyone willing to go out and do anything was tricky. My 40th sucked of course as Sig Other 1.0 had just dumped me.  So you can understand why I'm a bit reluctant to put myself out there and do something big for my birthday.


On Saturday I ran the Kenosha Half Marathon. My friend B asked if I wanted to run it for free since her friend wasn't able to use his bib. After some internal deliberation, I decided to go for it.  The previous Saturday I signed up for the Lakefront 10 and survived the cold wind and rain though I did have to walk more than I wanted.

What was really nice was how this race was very pressure free. When you're running on someone else's bib, you really don't care about your time. I actually had a better time at mile 10 than I had at the Lakefront 10.  The only thing I forgot was gels.  I've run long distances without them before but given that I'm regaining my running legs, I need the energy boosts, especially as I really didn't have much in the way of breakfast that morning.

The knee held up well. Yes there was some soreness around mile 9 or 10 because until recently, the longest I've run on it has been 6 miles with the occasional 7 or 8 miler thrown in. It was soreness not pain though because it went away shortly after I finished the race. I remember the days of a long run where I'd have a knee that kept locking throughout the rest of the day.