This was weekend was the first one in a long time where we didn't have some obligation that cut our day in the middle.  We didn't have any open houses to attend.  We didn't have guests in from out of town nor were we out of town.  No vet visits.  We even got our grocery shopping out of the way on Saturday which left Sunday completely open.  I was able to get a good bike ride in while Nightingale went to the gym with SHB.  We didn't do much in the afternoon other than some routine clean up. 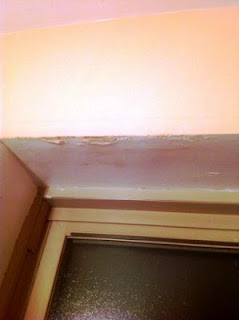 1)  Bathroom.  Once again there was some type of water leak that caused damage to my condo.  And once again I asked my upstairs neighbors if they had any issues.  I got an email from Mrs M3 saying everything was find.  However, at their Halloween gathering, Mr M3 admitted that they had some issues with their caulking and it was fixed now.  He said he would reimburse me for the $200 I spent.  That was 12 days ago and I've only had occasion to bring it up once (see #2).  Update:  he gave me the $200 in cash a couple days ago.

I came home late because I stayed in the burbs for a friend's bday get-together at The Club House (suburban cougarville).  I thought I was lucky that I found a parking spot so close to my home, less than 50 yards away.  Unfortunately it was a spot that was between the two street lights range and thus was very dark.  This made it even easier for whomever came along and decided my car was the lucky one tonight.  Based on the surgical like cuts,  I don't think parking anywhere else that night would have made too much difference unless I could have been right under a street light.  Update: Filed a claim with Insurance Company and they quickly sent me a check which covered about half of the repair costs ($500 deductible). 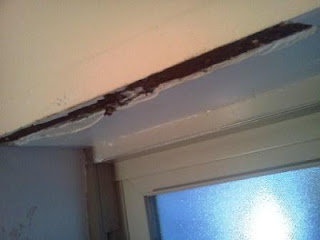 3)  The Bears lost yesterday and now the talk about them not being a legitimate team is all abound.  You aren't gonna win all of them and after winning six in a row, albeit against inferior teams, they were due for a loss.  Even previously undefeated Atlanta got their first loss of the season. 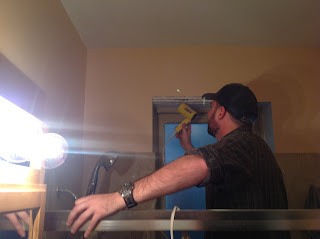 As a fan, I want my team to win all their games and this was a winable game. A final score of 13-6 isn't as bad as some of the blowouts I've witnessed in my years of being a Bears fan.  It does suck that it happened on Prime Time where they just cannot seem to win consistently.  Note the eagles also lost their QB to a concussion as did the 49ers.