The Scene Seen on my Morning Run

So most of my runner friends ran their 20 miler yesterday.  If you are training for the Chicago Marathon, or any fall marathon, this past weekend was when all the Hal Higdon Training Schedules call for a first/final 20 mile run followed by a 3 week taper before Race Day.  In honor of that, I ran 8 miles of my own and wrote a little something about it here.

Before they came up with this concept, we would just do our 20 mile run at whatever CARA site we were training out of.  I don't know the details of how this idea came about -- whether CARA approached a sponsor or vice versa -- but it is one of the more positive innovations that CARA has come up with over the years.to Run 20 Miler.


Granted, the event had some hiccups the first couple of years but they seem to have worked them out.  All in all, I think it is a great way to prepare for a marathon because you get a practice run that mimics marathon conditions, complete with the hydration and gels available on the course at the Bank of America Chicago Marathon and a party at the end.

I have to admit that I have been a little envious of all my friends posting their LR results every weekend on Facebook.  During the bulk of my marathon/racing years I didn't have FB and had to brag the old fashioned way: sending out an annoying email to my friends like a Caveman! 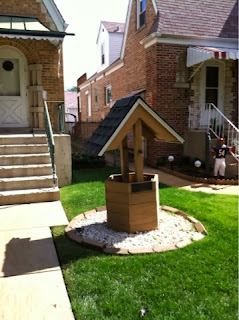 At a party on Saturday, I was asked by someone (who clearly isn't reading this blog or my FB page) how my running is doing.  Nightingale and I brought her up to speed on my knee and what little mileage I do these days.  I get asked if I would run another marathon and I usually respond that my doctor strongly suggested I not.  Though run/walking Detroit last year shows how well I listen to doctors.

Sometimes I add that I probably have one or two more marathons in me so I want to pick them judiciously.  The fact is, I don't need another 4+ hour marathon under my belt.  So I would probably only do another one under the following conditions:

1)  if I were certain I could run fast enough that I have a shot at a BQ (which will be a 3:25 when I turn 45 next year).  Since my best marathon time is a 3:29 and that was 7 years ago, it's rather unlikely that I'll regain the speed and endurance that I had before the knee scope.

2)  if Nightingale says honey I want to go [some location outside of US soil] and there happens to be a marathon the same time we are going and  have 16-18 weeks prior to said vacation trip to train beforehand of course. 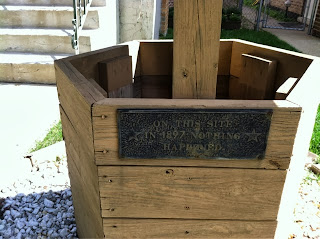