The Backyard is finally ready for Prime Time

So I had mentioned that we were having some work done on the yard and I also mentioned that I was hesitant to write about it because it would jinx it.  Well it almost did because it took a lot longer to happen than I would have liked but our backyard is finally pretty.


Or at least the useless ugly hole has been replaced by a mini Field of Dreams park as we are calling it.

I found Taylor Made Landscape Designs on Everyblock.org when someone posted that they were looking for a landscaper.  This lady/company got good reviews on Yelp so I sent her an email back at the end of February.  I don't recall the specifics but we made an appointment for early March because the snow was melting although we ended up with a snowfall just days before our March 8 appointment (based on emails).  Also, even if the snow hadn't fallen, I was piling all the snow into our Pool Pit because I needed it out of my driveway.  I did send her a picture of what our yard looks like sans snow so she had a good idea of what was needed.

Initially, we didn't know what we could or should do with the space.  So I told her that my only requirements were that we 1) don't do anything that would prohibit us from doing something else at a later date, and by that I mean having to tear anything out that we put in because obviously you can do anything you want but it costs money; and 2) our backyard must not be Under Constructions all summer. 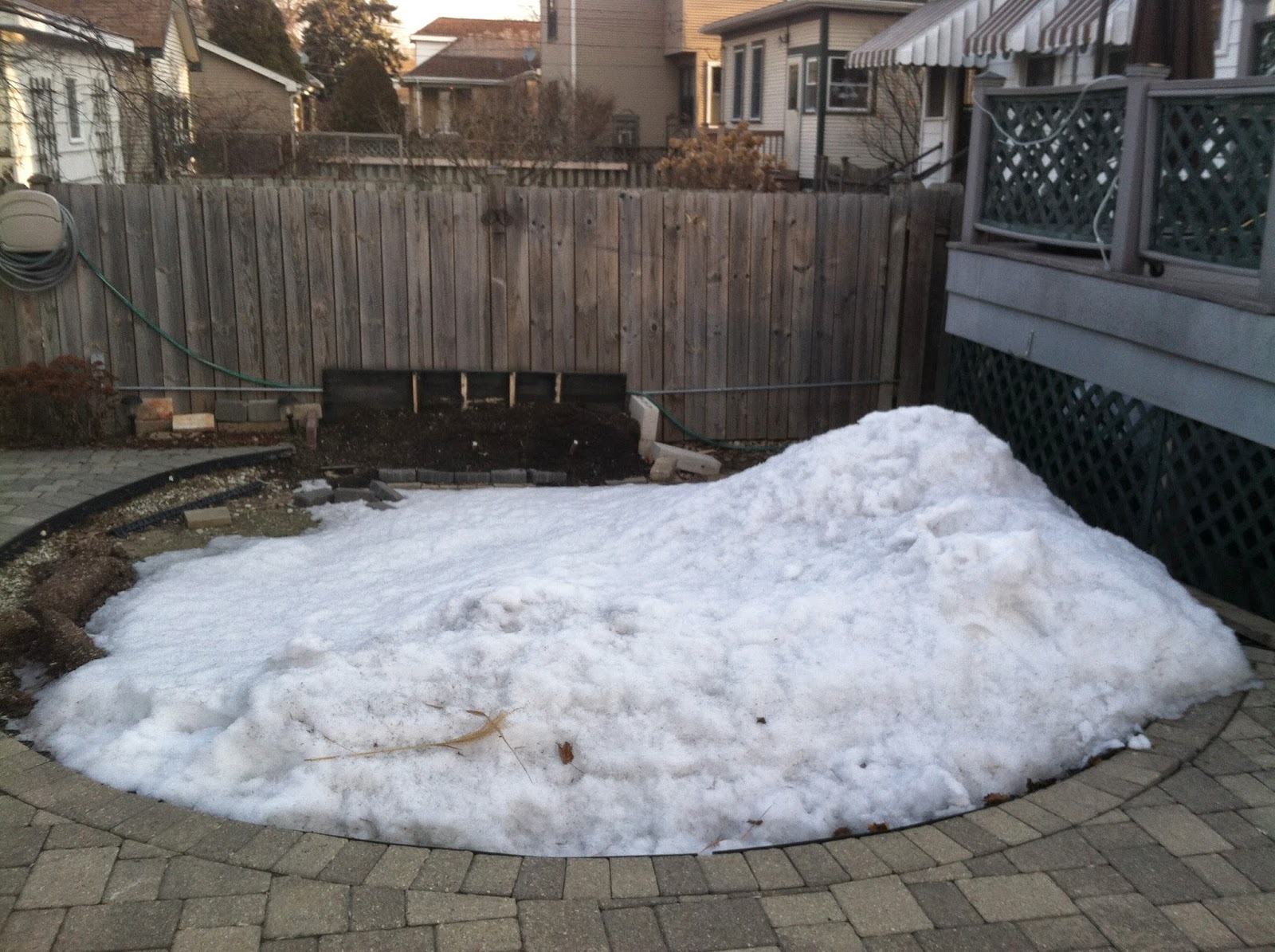 She came over and had a look.  She then contacted me when the snow was melted to to come over again to have a better look.  I told her that I WFH on Fridays but otherwise since our gate isn't locked she could come by whenever it worked for her.  I didn't hear back from her so after a week I did the pretend I never sent the first email thing and replied to her email: "how's this weekend work?"

She came over and luckily the snow was completely gone.  We went over options and she said she'd get back to us with a quote.  Here's where it gets interesting. She sent me the quote and it was not only very reasonable but much less than I expected.  I asked how soon could she start and how long would it take?  No reply.  This was just before Easter.  So I did pretend I never sent the first email thing again and replied to her email asking what do we need to do to proceed. 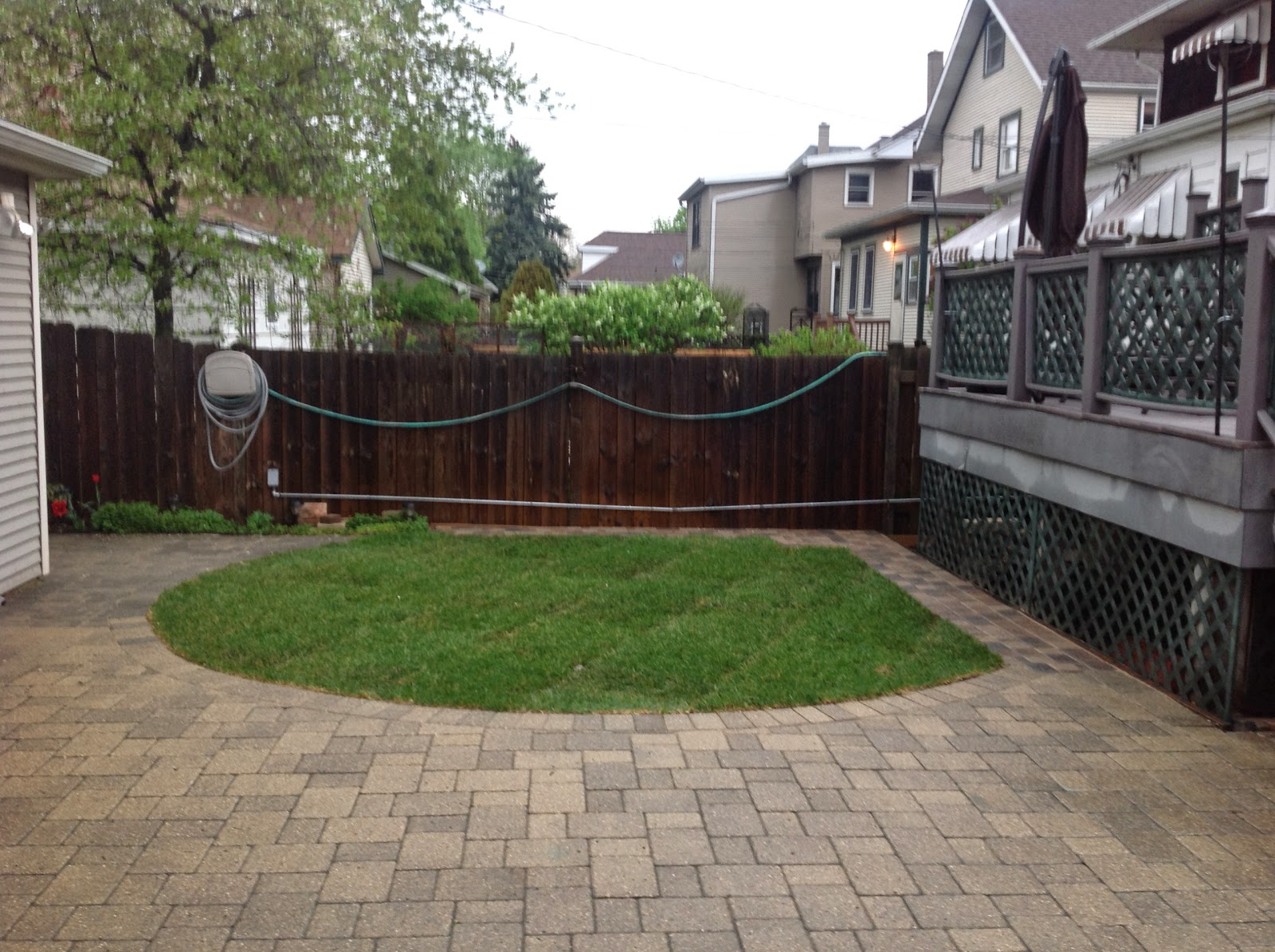 She said send her a check for half the quote and we would get scheduled two weeks out.  I was a little annoyed because while I didn't expect her to get started Easter Weekend, I did think that she could start the week afterward and I'd have nice lawn in time for Polish Constitution Day.

I was also a little reluctant to send a check for work that wouldn't be started for two weeks but Nightingale pointed out that if she was trying to scam us for such a minor amount there were better ways to do it.  So we went the check out -- turns out she lives less than 1 mile east of us in Old Irving Park --  and got an email from her that the check arrived and she'd be in touch to schedule the project. 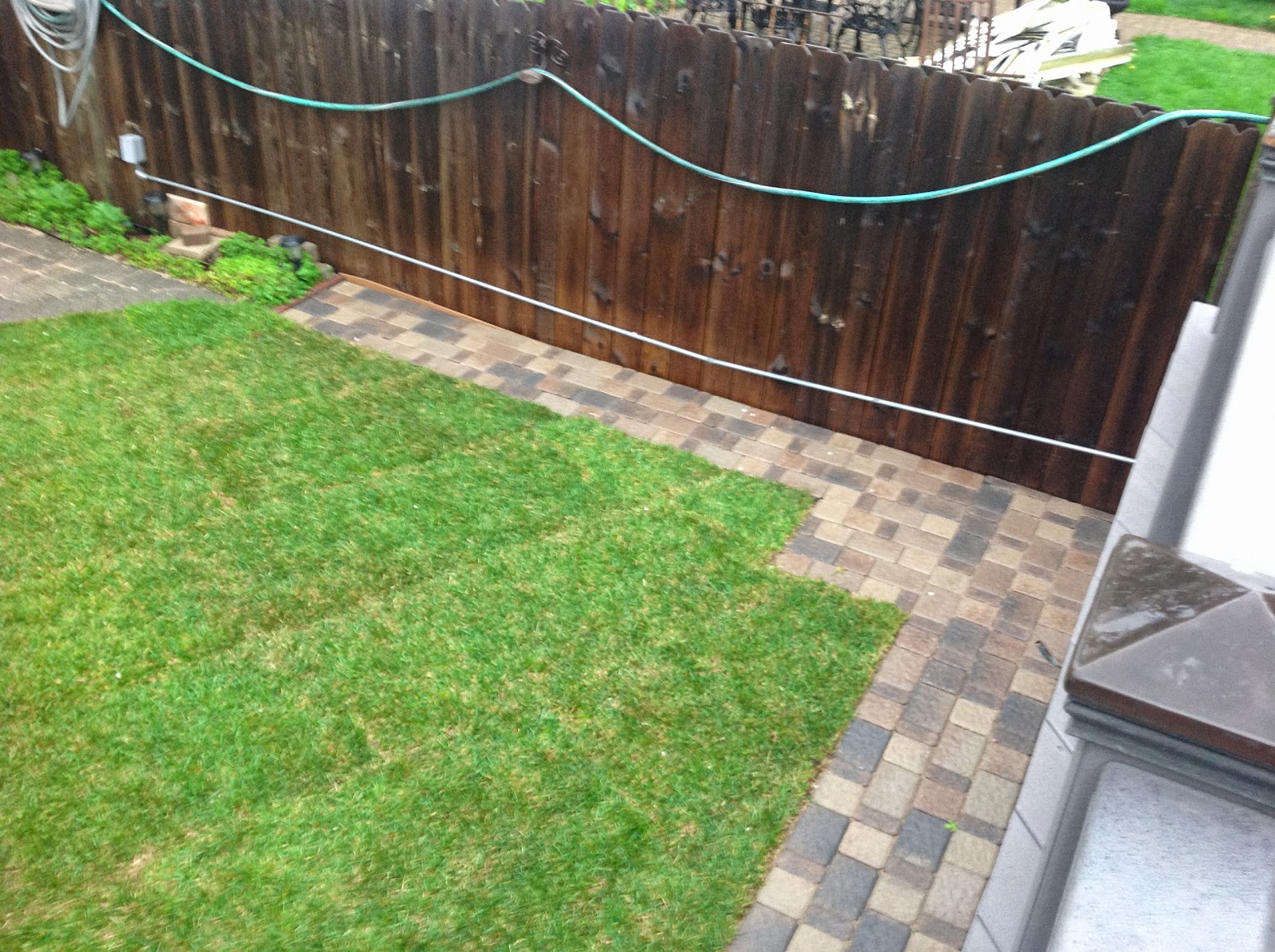 Now I wasn't sure what was supposed to happen next but I sort of figured I'd get a call or an email saying how does X day sound for starting the project?  You know, in case it was a bad day to start.  Instead, I get an email from her saying that Weather permitting, Fredrico would arrive Saturday (May 3) to start my landscaping project.  Coincidentally we had invited our Polish Peeps over to see our home and enjoy a traditional Polish fest of Middle Eastern Food.  I figured if they did show up to start the work, the yard would be unusable which is a shame because our friends were bringing their kids, but at least it would look like we were doing something about that awful hole in the ground.

As it turns out, we didn't have anything to worry about because Fredrico didn't show up.  I sent an email asking what happened and was told something to the affect that because the weather was so bad that week, Fredrico was running behind on projects. Then I get an auto-email from Taylor Made Designs saying they would show up on Thursday.  No problem but then it got moved to Wednesday...so for my Birthday I got a nice yard.

Somewhere in that last volley of emails, I mentioned to Maureen that our neighbor was doing some work on his house that might impact the work we had planned for the north side of our house and perhaps we should put that off but could still do the parkway piece.  She emailed back that she didn't recall us discussing the parkway piece.  I cut and pasted her language from the proposal showing that indeed there would be work done on the parkway.  She wrote back and apologized for not reading that line and at least owned up to it.

I'm not writing this post as a bitch session about Taylor Made Landscape Designs, that's what Yelp and Angie's List are for.  This is strictly to chronicle how a relatively simple thing like paying someone to do work that we don't want to do can still become more complicated than it should be.

Somehow there was some "confusion" regarding our specifications that we discussed during all those visits.  Luckily her written proposal spelled out some of them so we have that but there were also subtle things which were discussed in person but not explicitly put in the proposal.  Why didn't we point it out when before we signed and sent the check?  Well it falls under the umbrella of "would a customer really know you had to spell that part out?" 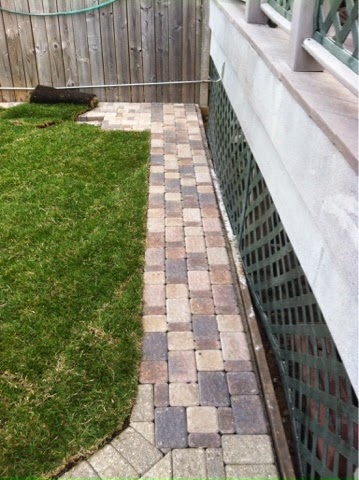 There's still a few things that need to be completed in the front and side of the house and we've had to send some more follow up emails to Maureen.  My guess is that Maureen has several projects going on at once and confuses some of the specifications for similar houses.

The funny thing is that while I was the one initially wary of Maureen's dropping communication and sending the check before the work began, Nightingale is now more upset because things aren't completed as promised.  Her upset-ness comes from a terrible combination of pregnancy hormones and the Instant Gratification Gene that runs strongly in her family.  I told her that if there is a problem we contact Maureen and we get it straightened out but for Fucks Sake bitching about it isn't going to magically make mulch appear on our lawn.  Writing that on my blog will mean I get to sleep on our new lawn, luckily warmer weather is approaching.

It would have helped if Maureen were onsite when this occurred and we were home to guide the process instead of fixing it retroactively but what's done is done.  So now we have to wait for Fredrico to show up again and finish the job, hopefully to our satisfaction.
****************
Thank you for reading and I hope you will comment below. Do me a favor? Click my "like" button and join our Facebook community.
You'll find funny, informative links and interesting pictures.  Don't worry, your Facebook feed won't get overwhelmed.
Happy Reading!  Follow Mysteries of Life on Twitter (@MysteriesOLife), Facebook or subscribe via email.
Posted by Icarus at 9:09 PM