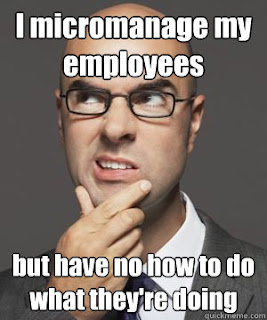 I might be projecting a little of myself here, but some people really only want progress reports when there is actual forward progress to report.  In other words, repeating what you told me an hour ago with no new news or telling me what you plan to do doesn't really tell me anything I don't already know and just wastes my time.
Posted by Icarus at 11:00 PM