Hot Children in the City 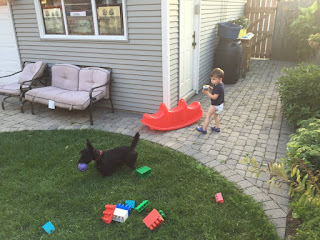 While we had a relatively mild winter, there were still days that were too cold to let the kids outside to play.  Now that's summer we are having a small heat wave, which also makes it too hot for the kids
to play outside.  It's not so bad when they are at daycare during the week because they have activities to keep them busy.

But on the weekends its just us.  We like to have them outside because it burns some of their energy and they sleep better.

Well we did get one night of uninterrupted sleep this week but we knew it wasn't going to become a pattern. 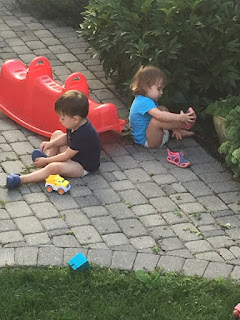 I mentioned that I had joined the gym next door.  I have about a week left on my trial membership.  So far all I've really done is use the facilities to swim, shower and run twice on the indoor track and once outside. It's a nice facility but the problem with gyms is if you go too cheap you get riff raft.  If you go too expensive, you get entitled frat boys who forget there are other people who use the same facilities.
Posted by Icarus at 4:41 PM