So i did a thing.   I ordered two sets of these Wood Storage Lumber Organizer Racks.  Only one arrived intact.  The other set was a box of 4 rungs which is essentially useless.  I asked Woot, which is owned by Amazon, to send me a new set, but Customer Service insisted they were out.  A week later Woot advertised them again. 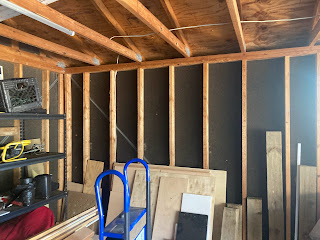 In the meantime, I returned the incomplete set and ordered a new set from Amazon.  I'm not out any money, just time.  I realize I might not have placed these in the optimal locations, but it's not a big deal to move them.  I have plenty of cabinet screws. 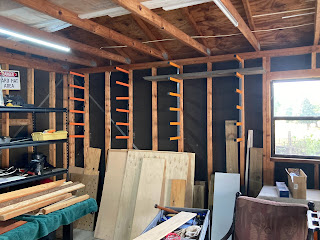 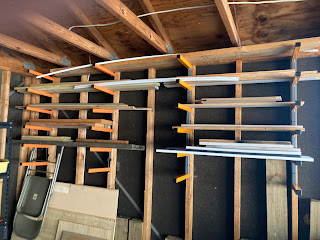 And I know I could have just built something with all the wood that I'm trying to organize that would have done the same thing, but that would have taken time I don't have right now.