Hanging out in The South 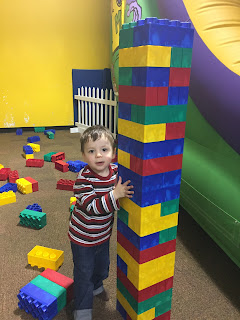 We were visiting the in-laws in Tennessee last week.   First half of the trip was in Franklin, which is like the Western Springs of Nashville.

We went to the Adventure Science Center, which we got into free because of our reciprocal membership in the MSI back home.  We also went to a Bouncy House place.  Both of these were great options for burning kiddo energy since it is unseasonably cold right now.

The second half of the trip was spent in Olive Branch, Mississippi where Nightingale's youngest sister and her husband Jethro live.  Wasn't sure the second half of the trip would happen because SIL had a miscarriage the week before.  [Note, I'm putting that here for posterity, not for exposition.]  Eventually it was decided that we would spend an extra day in Franklin and then proceed to Mississippi.

All in all it was a good trip.

We are strongly considering moving to this part of the country, despite it's Red State designation and isolation aspects.  The pros would be getting a big, family friendly suburban house with adequate space, cushy features, and better school system.  The cons would be living in a Red State and being isolated from our current friends. 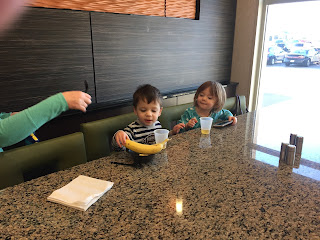 However, we currently aren't seeing very many of our friends on a regular basis anyway.    And are paying a lot to live in the city.

Our cost of living would be greatly reduced but we would only have our family for social interactions, at least initially.  It's hard to make new friends especially at our age in life and our political orientation.
Posted by Icarus at 4:28 PM