Could have used this advice many years ago

I read through this Lifehacker piece the other day and I really wish I could email it back in time to my twentysomething self.  Which is why I will include some fun pictures of me grilling outside in the snow.

My first "real-world" full time paying job after college was something we'll call Junior Paralegal (JRP).  It actually had a different name and a different idea at its inception but if you went to any law firm today and searched for the equivalent position, Jr Paralegal is what you would find.  Ironically, if any of those paralegals were reading this blog they would not for one minute connect JPR with the position they created that later morphed into more of a true Jr Paralegal description.

The backstory on this position was that the billable hour requirement for paralegals was increasing while at the same time the types of things they could "bill for" was undergoing stricter scrutiny.  In other words clients, rightfully so, didn't want to pay the paralegal rate for things that were considered administrative.  And also the paralegals didn't want to be the backup to the Docket department and run to court for late filings.

The legal profession is very well institutionalised. Lawyers have logged hundreds of hours of learning before they are even allowed to practice. So lawyers enter the work force already being taught to sense and act (to follow a subliminal process) and most strongly believe that a professional should know how to execute there chosen profession. Process Management is not often well established in law firms, especially back in the Dark Ages of the late 20th Century. Therefore the idea of introducing a defined process naturally causes scepticism.

So the idea was that they needed JRP to handle the non-billable crap so that they would be free to do the more important billable items. It wasn't a bad idea. The flaw in the design was that they didn't really know what to do with JRP besides treating us like kids who were visiting their aunts and uncles at work for the afternoon. Also I believe one of the conditions was that JRP time could be billed if appropriate. This would later come back to bite the Senior Paralegals in the butt.

The workflow was basically standard stuff like Control Labeling, chron filing and going to court for late filings.  The other part was what would be referred to today as "one-offs."  In other words stuff that isn't describable in a standard manner because it doesn't come up too often and is often easier to do oneself than to take the time to show someone else.  Like maybe checking through a stack of forms to make sure Section 2 was completed a particular way.

Now your pool of candidates for JRP were recent college grads because this was an entry-level (barely) position that paid $17K a year.  Secretaries with a high school education were starting at $23,000.  This is a very good recipe for resentment.  Anywho, when you are getting paid the same whether you are doing something easy (control labeling) versus something hard (running to court for a last minute filing) the smart JRP will find ways to avoid court and milk the labeling.


"When you're just out of college, it's easy to get a big head about what you can do in the workplace"
yep.  Especially if you work with people with never went to college or never really experienced college.

"It might sound like simply "paying your dues," but it's easy to get a little full of yourself when you first start a job."

Yep.  The problem is my first job the paralegals were content with us "paying our dues" until the second coming.  They didn't have the luxury or the foresight of training us for situations before they became mission critical.

The only way you got to do anything substantive was when the shit hit the fan AND then it was "okay we're gonna ask you do something you've never done before and it has to be done right but no pressure."  Yeah we could have had you do it last week but we didn't trust you, didn't want to teach you, didn't want bother.

In Corporate America the form of government is called Management. If you look closely at people who are succeeding, you'll notice they have something in common: they're fast learners and they're willing to adapt.

In all fairness, the culture was different then.  There was no mentoring, no shadowing and no desire to implement better work flow processes.  Also, I was definitely not the best JRP because I felt like if I have this education I should be using it better than just putting labels on paper.

Eventually the law firm decided that they should bill a certain amount of hours.  The same amount of hours as paralegals in fact.  We had no advocates, no one to say "well they are entry level people maybe we should have them only bill 900 instead of 1800 hours, see how it goes and build that up."
So once you made our job as hard as Sr Paralegals by telling us that we are essentially going to be doing the same type of work, there hierarchy kinda broke down.

In the world today, when I'm sending out an email or leveraging any technology to make my life easier, I often wonder how these Senior Paralegals would act today.  I should mention that they hated technology, especially the invisible electronic kind.  I remember once trying to teach Jane how to copy a file from a floppy disk to a computer and it was an epic fail.  I also remember that I was a bit of a brat and did not have 10% of the communication tools I have today. 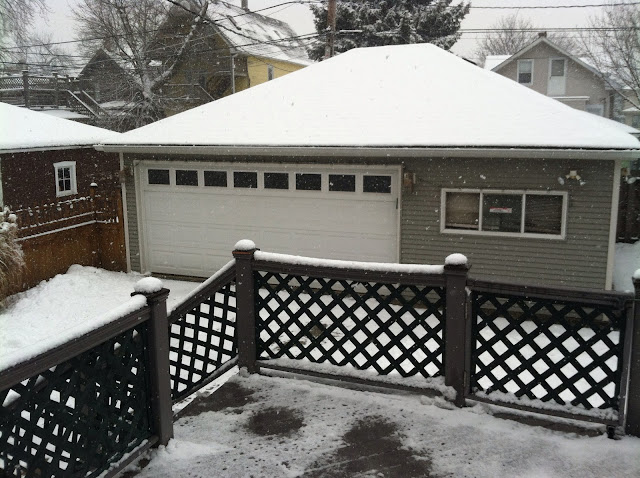