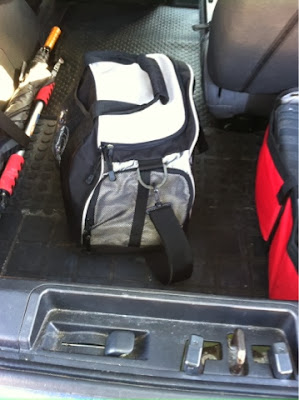 Doesn't even ride shotgun:  Some days all I do is give my gym bag a round trip to Oak Brook Terrace.  This week I have more specific motivation to get to the gym.  On Saturday I'm running the inaugural Pulaski Day 10K and my goal is to run 5 miles on Tues/Wed/Thurs of this week in conjunction with eating right and not consuming any alcohol.  So far, I hit the gym tonight and I haven't had any liquor since Sunday and that was only a beer or two.

That's right: the Health Trifecta.  The scale has been osculating between 208 and 213 pounds for me lately and I know that my best chance for getting that weight down during this Polar Vortex when I am not running as much as I generally do in nicer weather is to balance the reduced mileage by eating less unhealthy food and eliminate the calories from wine and bourbon.  Of course that is easier said than done given some of the stressors in my life of late.

********************
Social Maintenance Protocols:  few weekends ago, one of the things we were supposed to do but had to skip was a 50th birthday celebration for a friend.  We had every intention of going but as the day went on, NG got a little fatigued.  We also underestimated how long it would take for lunch to arrive and we ended up giving someone a ride home in the snow storm, which causes already bad Chicagoan Drivers to devolve even further down the evolutionary chain.

One the one hand, I do feel bad that we didn't suck it up and go out to the close suburb and put in an appearance.  On the other hand, I feel good that over the years I've put in enough face-time at prior parties and events that I really should have earned a get out of jail card or three.  The birthday boy in question cannot say the same thing.  In the nearly decade and a half that we've known each other, he has not made a single party or event that I've hosted.  Most of the time it was because of schedule conflicts.  However there were other times when he may have been able to suck it up and put in that appearance but opted not to. 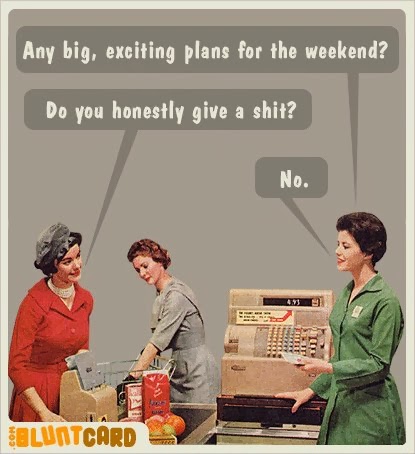 And of course there was the delivery mechanism of the no RSVP.  Guys try to tease one another to cushion the news and sometimes it was just over the top.  Oh I'd love to be there but you only gave me three weeks notice and something better came up.

It should be a big deal and it sounds a lot worse that it is.  The problem, for me, is that when you have mutual friends and they do make the effort to drop by the other friend's events even if it's just for a few minutes but don't for you, you ask yourself: why is my situation different?  The answer of course is that they are better friends with the others, which is fine except when the person insists you are good friends especially when the time comes around to go to another one of their parties.
Posted by Icarus at 11:30 PM