numbers were thrown around 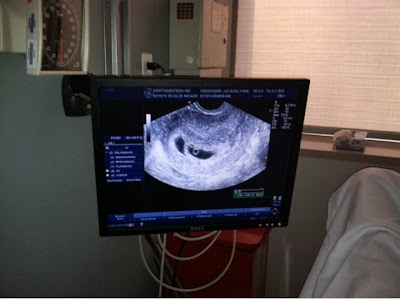 4/2/2014:  we went in for the genetic screening orientation, or whatever you call it.  For most people, this part is done much sooner but somehow it wasn't brought to our attention until a few weeks ago when we asked.  We were told that there wasn't much time because certain events have timestamps, shelf-lives and expiration dates and if I have to explain that to anyone, you're best off not knowing.

They tell you the risk odds of the various tests and naturally the more accurate, thorough ones are the more risky.  They tell you because they have to both mitigate litigation but also because they genuinely give a crap about you although from the number of forms we have to fill out every fucking time we come here and go to a new department you'd think they just secretly own stock in a paper company.

So naturally we decided that we went through so much effort and trouble to get here that we aren't going to take the high risk tests to determine if the babies have downs, though when the test comes back we still have at least 15 minutes to decide if we want to.  The test we are taking is 60% accurate?  I'm not sure, numbers were thrown around.

8/13/14: another ultrasound.  Natasha is still breech, but head on left side instead of right and weighs 4 lbs.  Boris is still sideways, head on left side.  He is 3 lbs, 15 oz.  Their heads are close together. He also is showing slightly larger kidneys which usually just means urine isn't flowing completely but in addition to the test we took back in April, his risk of downs is still single digits but slightly increased.  Technically, his risk hasn't changed, only the level of perceived accuracy.

We think it will be fine.  In fact, we have no choice but to believe that because we are in the midst of some other hell going on right now with regard to my mom.  my mother is in the hospital.  We checked her in over two weeks ago after discovering that she downplayed just how sick she had become.