There's never a good time to lose your job

Luck may be the most important thing that determines if you keep your job. How expensive it is to employ you, and who you know, are close second and third factors.  Skill, expertise, experience, uniqueness, importance to customers/clients/readers/whomever you're serving, effect on remaining employees are part of the formula but not as highly weighted as they should be.  And if you're too outspoken and have opinions about how to do thing differently than the status quo...see ya!
--commentor on Change of Subject*


There's never a good time to lose your job.  There are some times when it might turn out to be a blessing in disguise, but you often don't know that until a much later point in life.  In the meantime you have bills to pay and need to eat.

If you are going to lose a job, there might are better times than others to be laid off. If you are a parent and have a partner, getting let go at the beginning of the school year could at least be helpful in getting your kids adjusted to a new schedule.

If you are young and relatively debt free, the beginning of summer means you get to enjoy warm weather while collecting an unemployment check.  you might even be able to pick up shift work at a bar or restaurant.

When I was in my early 20s, I knew some guys who would get a job in the fall, work as much as they could and save their money.  Then around Spring they'd start to slack off with the hopes/intention of being let go just in time for summer volleyball.  They'd collect unemployment while they spent their days on the beach and their evenings at the bar.  At least that's how the story went.  They probably weren't able to pull this off year and year and in all likelihood this was an outright exaggeration to begin with.  Perhaps one person just happened to get canned early in summer and couldn't find another job because it's really hard to interview at the beach. 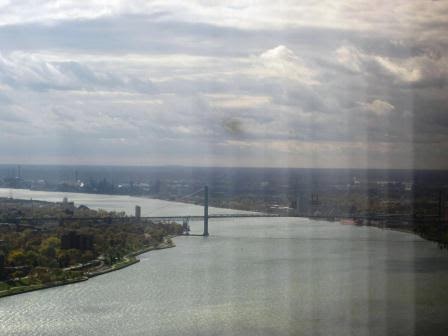 If you get let go, hope it happens on the first day of the month.  I could be mistaken but I believe by law, your health benefits have to continue until the end of the month.  So getting canned March 23rd, not so good.  Getting the shaft April 2, a little bit better.

Getting canned in the last quarter of the year is brutal because a lot of companies are winding down.  Budgets are already blown.  New head count might not begin until the start of the new year.  And the holidays.  So starting your job hunt in Oct or Nov is extra brutal because you have to go through the motions of job hunting and try to stay positive yet at the same time your intuition is probably screaming about what a colossal waste of time it is looking for a job Thanksgiving Weekend.  Yes, I know there are always one-off stories about someone who found that position because they were persistent and they got the attention of someone who happened to be in the office during the holiday lull.

And of course in the Internet Age it's not quite as hard as it once was because instead of pounding the pavement, you can apply online from the comfort of your own sofa.  That doesn't mean it isn't still work or isn't exhausting.  I've said it before and I'll say it again, you can apply to hundreds of jobs, go on dozens of interviews but until someone actually offers you the job, you have nothing tangible to show for it.

* I will endeavor to find the specific poster who made this comment if I can.
Posted by Icarus at 5:30 AM