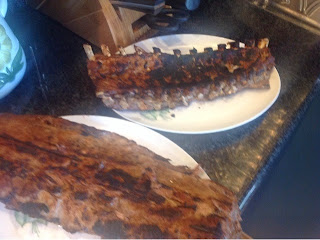 So it's been another busy month.  we spent the majority of it attending baby showers and getting the nursery prepared for Moose and Squirrel.  I really do apologize for being such a craptastic blogger of late. This has truly been the week from purgatory, and simply unrelenting.  But it’s purgatory, not hell. Like having a rock in your shoe.

The most recent (and hopefully last) shower was at our place last weekend.  It was also a backyard bbq which makes it co-ed and kid friendly, which apparently is becoming a thing so that you can make them co-ed without anyone feeling too awkward.  Our friend B did an excellent job (and most of the heavy lifting) of throwing Nightingale a shower.

I was going to write a few thoughts about parties in general but I'm just not in the mood.  Suffice it to say that they are almost never as much fun for the hosts as for the guests, at least if you did them right.  We have a ton of soda, beer and food which is good for leftovers.

My mother surprisingly didn't make it to the party.  It turns out she was not only sick, but much worse than she led us to believe the previous week.  She does not take good care of herself and has always had poor health throughout her life.  At the moment we are currently taking care of her, which I pray to the gods isn't the breaking point for us. 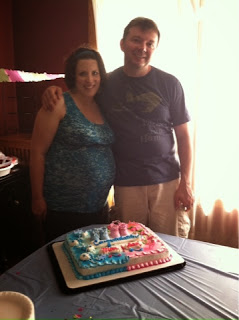