Same as it Never Was 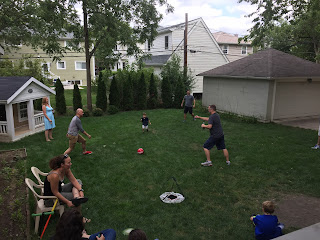 If it has become apparently obvious, I don't do much writing here these days.  This should be no surprise since my bread and butter comes from the other site.  But I do like to put some personal stuff here for journal-archive purposes.

On Friday I had a decent Extra Curricular To Do (EXTD) list and was looking forward to knocking some stuff out.  Unfortunately the universe had other plans.  I got a call from daycare that Boris had Diarrhea and I had to come get him.  No sense in picking just him up so I went and brought both kids home after lunch just as they were getting ready for nap.

Natasha didn't want to sleep so she stayed up while Boris got two hours.  Then around 4, she crashed and I let her sleep for an hour.  This was a precursor of what was to come because this weekend we had events that meant skipping nap.

On Saturday Gemma was in town and someone from the old RCYA group hosted a cookout.
While Gemma is aware that there is no love lost between me and most of that crew, she understandably values her convenience a bit more and having everyone be in one place is easier for her.  Since we had to miss her wedding last year, I figured it wouldn't kill me for one afternoon to hang out with these people especially since it is only 2-3 specific people and one of those didn't come.

That's not to say, if you knew what to look for, there wasn't something in the air.  The Krazy Guatemalan came up to me, shook my hand and said hello in a manner that was like "well lets get this out of the way".  So-Suede waited as long as he could and was the last person to acknowledge me.  Even his wife was friendlier and more welcoming. 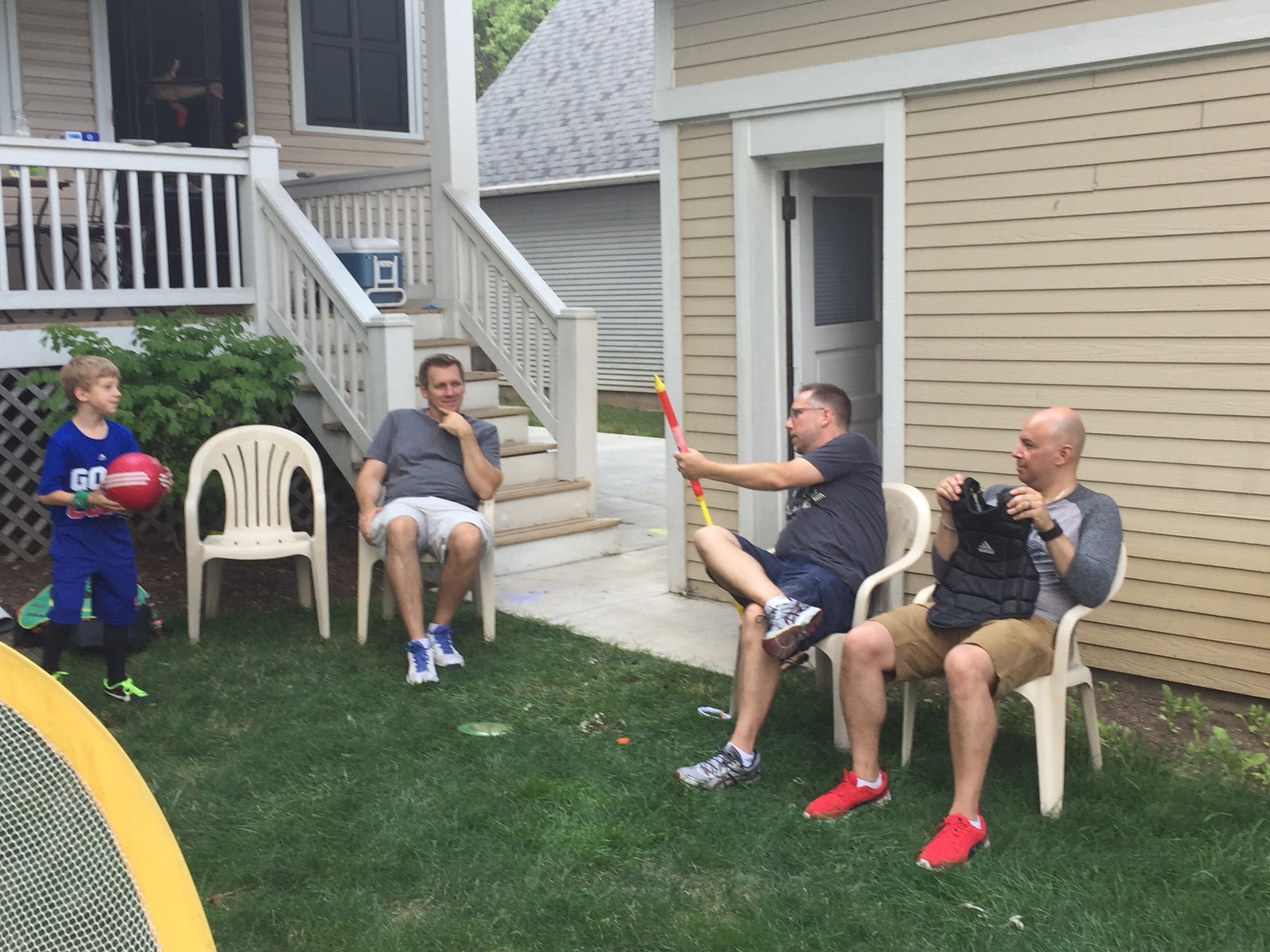 It probably would have been more apparently awkward had I come by myself but luckily, with two toddlers you never have a dull moment.  So between managing them and catching up with everyone else, time moved quickly.  Gemma of course overbooked her day and had to leave around 3 to make her next event.

We stayed for about a half an hour more. I wanted to talk more with the host and this would have been a good time since once half your party leaves, you can take a break.  But our kids were approaching meltdown moment so it was a good excuse to leave as well.

On Sunday we took them to their first White Sox game.  We did this with Katness because Sundays are family day and the tickets are cheap.  Unfortunately there was traffic so even though we left early, it took almost an hour to get to the ballpark and we missed the opening fireworks (saw them from the parking lot).  We did manage to stay until the start of the sixth inning before we decided it was a good time to leave.  We wanted to beat traffic and avoid large crowds of fans.