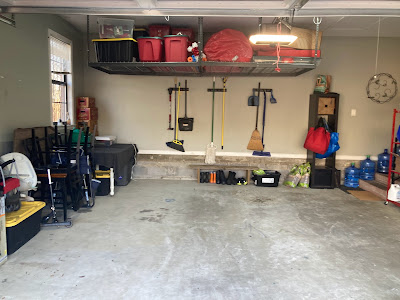 The other day I wrote that I wanted to better organize the garages.  I've managed to get all the Christmas stuff and most of the Halloween decorations on the Saferacks I installed last spring.  We also managed to get rid of some things and move some stuff so the garage is as organized as it is going to be until I can install some more overhead storage. 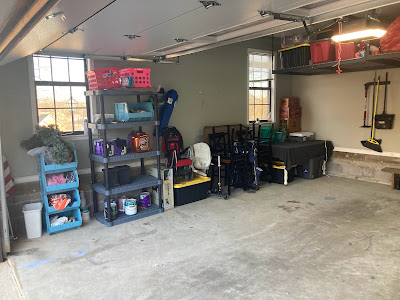 I moved some things outside the garage to take this picture.  this is what it really looks like. 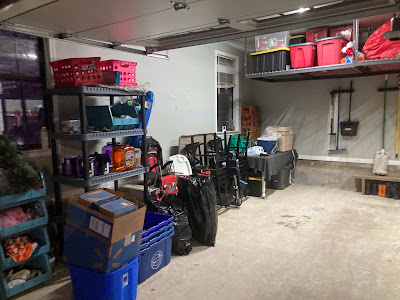 The black bags will be gone this week are gone and soon will the boxes. 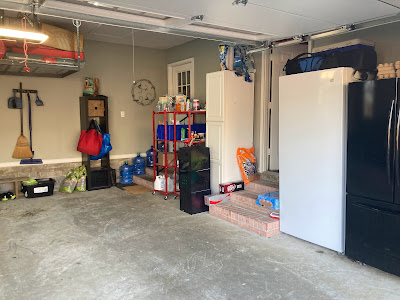 That white cabinet will be moved to the deck and the black Ikea Billy Bookcase will be put in its place.  Hopefully, that wall will soon have some adjustable shelving so that we can better store things.  The red rolling shelves will need to find a new home.  Ideally, they could live on the other side of the garage as things go away but that remains to be seen.