It pays to have options 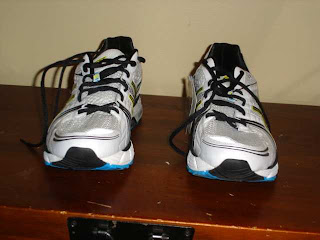 I use to be the unreliable one:  I had asked Mr Lumpy and SHB#1 if they were up for a few miles on Sunday.  Both said they were with different agendas in mind.  In the meantime, Distance Drea had posted on her FB that she missed her run Saturday because of wedding planning things so she really needed to run Sunday.  I invited her to join us even though she doesn't believe in the group run thing.  She'll run with us, but she prefers to have her headphones on rather than engage in runner chit-chat. 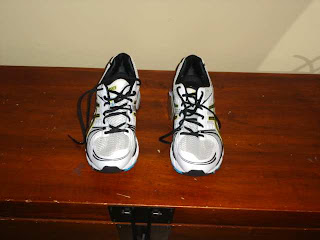 SHB#1 replied to my email but didn't reply all.  She's just like that with email sometimes.  Back in the day, she use to reply to emails without including the history hours or even days after you sent the intital email, so you'd get a random email with a generic subject line with a line of text that reads "can't do it, I have to work late."
As it would happen, SHB#1 and Distance Drea would miss out on the run for various reasons.  Luckily Mr Lumpy did show up.  Not that I couldn't run on my own.  iIt just helps to have others so that you are obligated to show up.  Sunday's run was pretty good considering I hadn't really run in at least a week. My calf was tweaky but I'm associating that with an injury that is on the mend instead of a problem that will set me back.

Everyone loves a buyer in this market:  Nightingale and I went to two Open Houses on Sunday.  I'm tempted to list the houses we look and include some of the pictures but I know better for a variety of reasons.

The first house is technically in Portage Park, but in the part that is often considered Jefferson Park and is close enough to the Copernicus Center to peak my interest.  It was a nice enough house, good sized front porch and a double lot, two things that Nightingale would really appreciate.  It had enough space though the bedrooms were small and the layout was awkward.  There wasn't much room for easy expansion in the basement or attic.

Our feeling was that we would not only experience the general Buyer's Remorse but we would also would systematically discover all the houses shortcomings over time.  To the point where every conversation about the house begins with "if we had only thought about this when we bought."

The second house was a recent rehab in Norwood Park.  Don't know what it was like before rehab, but the builder set it up so that the first and second floor had identical floorplans with two bedrooms and one bath, and the attic was one bedroom, one bath and an extra room that could be an office.  Unfinished basement.  It wasn't a bad property but it was clearly designed as investment, not to be converted into a Single Family Home.

The agent at the first place was just happy anyone showed up.  The second agent however tried to test the waters to see if I needed an agent.   It happens at every open house.  They ask if you are working with an agent.  If you say you are, you not only have to explain why the agent isn't there with you, but you also have to deal with the silent treatment as they sometimes want nothing to do with you.

I'm pretty sure I scared this agent off with my comment "wow, I wish I had this much attention when I was single, because every time I go to an open house, the agent wants to come home with me."
Posted by Icarus at 4:30 AM