All the bells and whistles:  So my upstairs neighbors and Condo Association President of Shangri-La Condo Association listed their unit for sale over the weekend.  Although the floor plan is identical to ours, they have a arguably better unit in that it is on the top floor and comes with parking.  Yes sans elevator it is a hassle but manageable for a young family.  They also have better slightly floors and nice exposed brick that makes people go ga-ga. 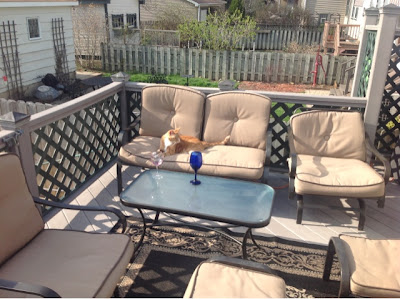 Our downstairs neighbors sent out an email last month saying they are moving to the burbs and will place their unit on the market May 27.  They do not plan to rent their unit out in the meantime and they said something about not selling it for less than they owe so as not to bring property values down any further in Shangri-La.

This pleases me on several levels with some concern caveats.  If they are able to sell within 10% of their asking price, it sets a more recent comp in the building for the rest of us to work off of.

If they are unable to sell than it sort of validates my efforts in 2010 to do the same thing.

Of course if they do sell, it does spell the end of the Golden Age at Shangri-La Condo Association.  Before these neighbors came along the Condo Board was an inept group of do-nothings. 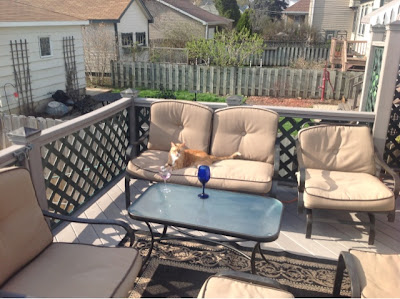 In that same amount of time, I ran 260 or so miles.  Now before anyone panics, that works out to less than 15 miles a week, give or take.  In that time, according to my DailyMile stats, there were two weeks in which I only ran once and one week in which I ran 0 miles.  I also didn't even run on a lot of weekends because I was too busy playing with the new house.

As usual the bulk of the weight didn't even come off until the weather got warmer and the body's natural programming to store fat for the winter switched off.  Also as usual I did better in weeks when I did have more consistent running (duh) for instance, 3-4 times spread out over the week versus not doing anything all week and then getting a run in on Thursday and Sunday).  While I didn't make any major diet changes we have made a morning smoothie part of our daily routine.

All of this ties in with my getting back to my pre-knee scope running form. I noticed earlier this month that it wasn't as much of a a struggle to get going on the dreadmill as it has been. 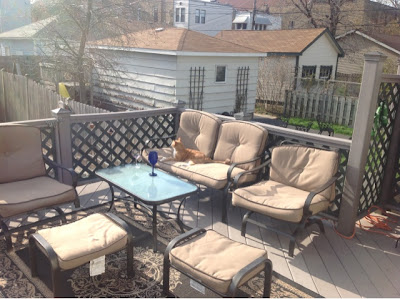 So the question now is can I drop another 5 lbs before the Soldier Field 10 miler in four weeks.  In theory it is doable though it will have challenges as well.  Since the weather is getting nicer, I do tend to grill more.  And working in IT does make giving up drinking a nonstarter.  Fortunately I do have a half marathon this weekend so that should burn some calories.