When ever we drive up to Michigan, I start to think about all those road trips I took in the 90s back to Kirksville.  There wasn't really anyone here who I could carpool with so it was just me.  Driving for 7+ hours. 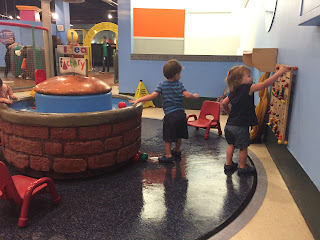 Leaving NMSU back in my college years was somewhat traumatic for me.  While I did initially struggle in college, by junior year it had finally seem like I was making positive forward progress navigating the world that is higher education.  I had a good group of friends.  I was doing okay academically and repairing the damage to my GPA that my clueless freshmen self inflicted.  I even had a girlfriend.

Alas I had to leave because of finances and also because there were no more classes for me to take unless I changed majors.

For years I tried to get back there.  To Planet Kirksville and the life I had to leave behind.  I would visit Kirksville while my friends were still there and later St Louis even semi seriously considering relocating there to be with them.

I spent a lot of my 20s struggling because I didn't have the support structure here that I had there (or thought it had there).  It wasn't until I built something solid here that I was finally able to let go.

I spent a lot of time and energy holding onto something that didn't exist anymore and probably didn't really exist in the first place.  And had I been able to let go sooner, I probably would have had a better 90s and 2000s.