Letting the Cat out of the Bag

I haven't mentioned it here yet but we finally bought a house!  I've kept it on the down low because I have one or two readers who read what I say here and then comment on it elsewhere (yes DZ, I'm talking about you!). 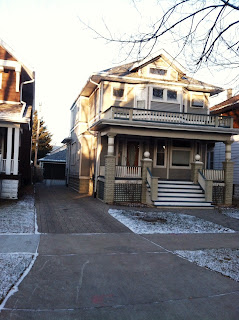 At the very least, that is considered rude blog manners, it also could cause some grief as I'm writing about our House Hunting Adventures on Chicago Now and I'm posting in "delay mode".  Most of the posts between now and when I out myself will be based on things that occurred last summer and fall. 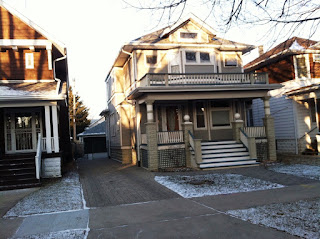 I also want to keep as much detail a secret because those same blog-hoppers can figure out from a
few small bits of information my real identity.  It's not a state secret who I am and it can probably be figured out quite easily.  However, I don't see any reason to help those who might be too lazy to do rudimentary work.

However, I also want to write about the projects I'm working on at the house during run time. As I'm finding from my CN posts, writing about something that happened a few months ago is quite a bit more challenging than when it is fresh in your mind.  So whenever this post publishes, keep in mind that I probably drafted it months before as we bought the house last year.
Posted by Icarus at 3:32 PM