The Story of my Smart TV purchase


In 2014, I had been researching Smart TVs with the intention of getting a 60 inch Samsung model.  I didn't care too much as long as it had a quad processor.  I was looking at the type that could be upgraded later.

However, in mid-May, Sears had a pre-Father's Day sale which had 65 inch which was actually cheaper than the 60s I had been researching.  Buying it was a no-brainer. 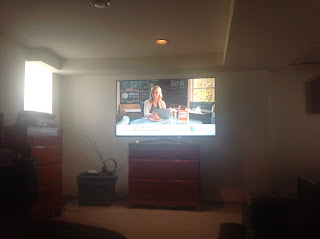 I decided to get the TV mounted to the wall because Moose and Squirrel are at the age were they will try to touch the TV and I do not want them to have a TV (especially one this size) fall on them.

I was going to find a cheap dresser and hack it into a TV console first then get the TV mounted above that.  Now I have to do it in the opposite order but that won't make much difference.  In fact it might be easier as now I know what my upper height limit is. 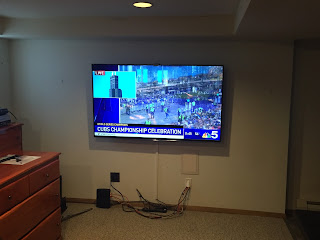 In two of my old circles, it looks like two ladies who were pretty tight back in the day had a falling out or something.  I say this because neither of these people are the type to clean out their list of people who they don't interact with (else I'd be gone) and if they did, they wouldn't have eliminated one another based on said Sisterhood.

****************
Thank you for reading and I hope you will comment below. Here's the part where I beg for stuff because we get paid in likes, shares, re-tweets and feedback. Please also do any and all of the following:
Follow Mysteries of Life on Twitter (@MysteriesOLife), Facebook or subscribe via email.