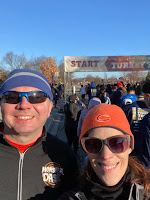 On Sunday, November 24th, I ran the Lincolnwood Turkey Trot, as I often have, on and off, for the last two decades.  I thought I had signed up for the 5K so that I would be done in time for the kids' Drumstick Dash, but evidently, I picked the 10K instead.  I ran it with Na, whose kids stayed with Nightingale and our kids.

Although I ran the 10K distance, Strava claims I did 7.5 so I'm going with that number instead.  There was a lot of walking back and forth to the cars.

Update:  As expected, I didn't run much the rest of November.  I did a run on Tuesday which was harder than it should have been so I decided to give myself the rest of the month off, especially since we had company over the holidays. 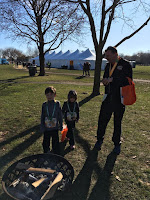 According to my stats, I have 25 miles to go with 29 days left (as of Dec 2).  Not a difficult number to achieve baring any unusual activity.  If I just ran 1 mile per day at the track after dropping off Moose and Squirrel to pre-K, I'd certainly put a dent in that 25 and then only need a few miles over Christmas Vacation to put it to bed.

The thing about a goal like this is I'm back to being married to a training schedule.  There are days when I have other things that need to be done, especially around the house.  Mowing the lawn, watering the lawn, raking leaves, shoveling snow.

I think for 2020 I'll go with not having a goal.  I'll just run when and if I feel like it and not worry about hitting a mileage goal.

What Dreams May Come

I have three recurring dreams.  I probably have more but I've noticed three in particular that have at
least a recurring theme.

In the first one, I'm back at Big Bucks Law Firm 1.0 and I'm a paralegal, assigned to a case that is just about to go to trial and I have no clue what the case is about.  I have not had this dream in some time, but it used to be more recurring.

In the second one, I'm back at the No-Name Software Company and I'm either back on the phones or watching everyone else back on the phones.  This one still crops up fairly frequently, even though it has been a dozen years since I left.

In the final one, I'm about to run a marathon but I have not trained at all.  In the past, it was a lack of training but real life has seeped in and as my body cannot run more than 5 miles on a good day (after two consecutive weeks of consistent running) now it is because I simply cannot run.   This dream seems to be more frequent.

I'm surprised I don't have any dreams from Big Bucks Law Firm 2.0, Low-Rent Consulting Firm or TopFive.  I guess my time there was too short to make lasting memories.

One last dream/theme that occurs frequently: living in my mom's crapshack and trying to renovate it. 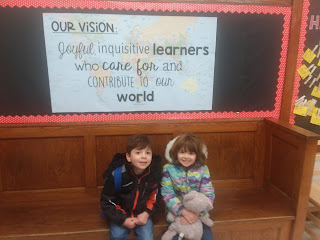