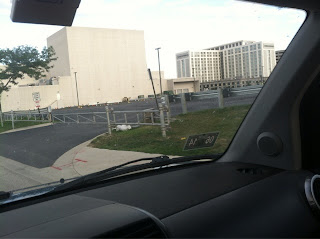 Posted by Icarus at 9:36 AM No comments:

Really meant to post this weekend recap sooner.  Last weekend started out pretty busy but wound down nicely.  As always we wouldn't mind having more days off and getting more accomplished.
In 2011 when we were planning a wedding and I was changing jobs, it felt like we were cut off from everyone.  So in the summer I always want to take advantage of things the city has to offer like ballgames, street fests and outdoor seating.

Even last year when we were house-hunting ever weekend I still felt like I had a better connection with everyone.  Of course had I simply signed on to lead a pace group, I might not have felt so  isolated.  of course my knee was in no condition to run that many miles.

On to the recap....Friday we went to our first Sox game of the year with K&J.  After the game we tried to go to new trendy Mexican restaurant in Pilsen but it was packed (hence the trendy).  So we ended up at Morgan's in the "new" University Village area.  It's strange to me because that exact location is where I would probably have bought hubcaps when I was at UIC (if I had owned a car at the time).

We sat outside and there was an interesting mini-drama going on with a girl on the cell phone kinda upset and her friend trying to console her.  In my mind, it was Jenny from CribChatter upset on the phone and her nice guy friend was angling for sympathy sex.

It was a late night so I didn't get up and run with the CARA group.  Even though I still woke up right at 5am without setting the alarm, I went right back to sleep.  I don't feel guilty because I don't have a group to lead and am not training for a marathon.  In fact, right now I'm just trying to see if I can ease back into running without causing any problems to my knee.

Sidenote: I've managed two dreadmill runs this week and the tweakiness isn't there, just some stiffness in the knee.  If I can make a pre-work run tomorrow I will go on Saturday and run a few miles with the group though not the entire 13 scheduled miles.

Saturday evening we met up with SHB and her husband at Retro on Roscoe.  Nightingale thought it was strange that I wanted to get out of the house since we had just been out the night before, but hey Summer.

We had fun at the fest even though the door "donation" was $10 and it wasn't suggested, it was expected.  Nightingale tends to pay what they ask and I tend to protest.  In all fairness the strong arm guy they had at this booth at this particular time didn't object when i gave him $12 for two people.

Once we cleared that hurdle, I sent SHB a text that we were there but before I could watch for a response, we got drawn in by one of the vendor booths.  It was for the spa they were in front of and
They were offering massages.  Nightingale and I could both use one so we jumped on the opportunity.  I was thinking a quick 10 minute chair but they had two tables ready if we were willing to do 20 minutes.  Easiest. Sale. Ever.

On Sunday we went for a bike ride in the morning.  We went all the way to Devon so I was able to show Nightingale the entrance to the forest preserve and the path that heads up to Botanic Gardens.  On the way back we stopped at The Garage and had a quick bite on the roof.  Fortunately they have seating up there or it would have been weird.

Unfortunately, that is one of the few places were smoking is permitted and we happened to be next to a table of smokers.  I was quickly reminded of why I loathe smokers, at least this particular variety.  First, they absent-mindedly hold their smokes away from their group because why would you want the smoke to irritate other smokers when you can send it toward the non-smokers.  Second, and I know they are doing this one on purpose, they take turns smoking.  First one person has a smoke.  Then, just as she is finishing, another person lights up.  I guess they just cannot co-ordinate sucking their cancer sticks.

But hey they have the right to smoke especially if The Garage is zoned for it and all I can do is make fun of them on this blog.  Aside from that, the food was yummie.  The service was a tad slow because there was only one waitress on staff and they do not have a dumb waiter pulley system to bring food and drinks up from the first floor.  We didn't really care except we wanted to hit the Farmer's Market at Jefferson Park before it ended and we had to get to New-DrDrea's cookout.

New-DrDrea's place has access to a great rooftop above Riverfront restaurant on Roscoe and Damen, the perfect spot for a young single thirtysomething.  We hung out for a little bit but couldn't quite


cross-pollinate with her friends.  We were able to get a good talk with her BF and her mom, but otherwise couldn't break the wall.  Even DrDrea's EX, whom I at least know and have the IT/Polish thing in common didn't stay around to chat with us.

So after putting in our time, we took our leave and went to Mariano's to get our weekly shopping out of the way.  We got home and were pleased to find we still had a few hours before we had to go to bed so we prepared lunches for the week.
Posted by Icarus at 11:24 AM 2 comments:

Like everyone else, I get these alerts from amazon based on something I bout once upon a time.  Today I got this.   I thought it was something I could use but the price tag seems too high.


Lo and behold! While out bike riding, I happened upon this on curb.  It was apparent that they were getting rid of it and I had to make quick decision.  Do I go home and get the Element and hope this is still here?  Instead I grabbed it and rode home, carrying it one-handed while steering my bike with the other hand.