An Extra Day of February

Because 2016 is Leap Year we have 29 days this February.  Which should give me an extra day to write more posts and log more miles.  But alas I won't be doing either in any game-changing amount.

I ran a little less this month because the SAHD thing makes it hard to get out for a run.  My choices are leave the kids alone with my mom which wears her out faster or run during their nap, which robs me of the opportunity to do other things that are easier to do when I don't have Moose and Squirrel clinging at my heels.

Posted by Icarus at 4:00 PM No comments: 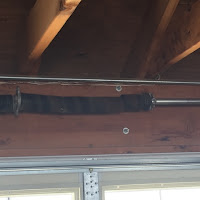 Among the many annual home maintenance things I do around here, I try to get my garage doors checked.  Angie's List usually has a deal where someone will come over and


Those are the key items.  The deals vary in price and what is and isn't included.  Since I have two garage doors I either buy two deals or just work with the vendor to get a good price.

This time, however, I needed more than a tune-up.  The spring on the party door needed replacing.  Probably because we use that door in lieu of the actual door to enter and exit the garage.  And I'll bet last winter's polar vortex had something to do with it as well.  Who knows when it broke, I certainly didn't notice it.

The replace parts cost $324 so it was a costly but necessary discover. 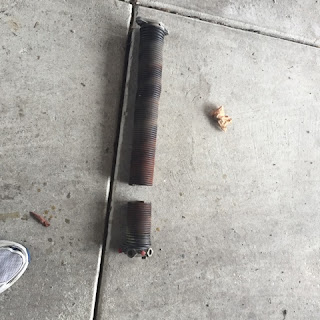 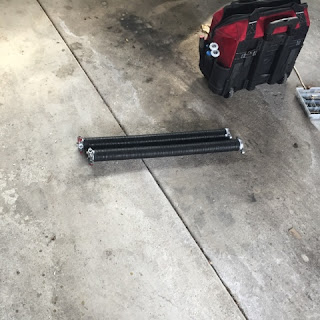 Posted by Icarus at 9:28 AM No comments:

Some of the places I hang out on the interwebs

In the effort to alleviate my ADD, I often visit a couple of places to read and occasionally participate in the comments sections. In no particular order:

Change of Subject is not what it use to be.  Before the Tribune revamped its site and added COS to its domain, Zorn's blog was an independent project that shared Tribune space.  This was the best of both worlds.  Now it is a shadow of its former self.

I'm more of a lurker than a participant at NancyNall. The cite has a loyal following of very smart, like minded but balanced commentators just like COS but perhaps a more even distribution from the midwest.

CribChatter is a shell of its former self as well though it looks like it might be making a come back.  Sabrina started the site with hopes of discussing real estate throughout Chicago but mostly covers Lincoln Park, Lakeview and the Gold Coast with occasional listings outside the Green Zone as the token listing of the week.  Most of the discussions veer off from the featured property to subjects like whether front load is better than top load washer.

Gin and Tacos is probably the type of site my college newspaper editor would write if he had a blog and tons of free time because he was teaching political science in Peoria.  I think Ed started it out with a group of people and he is the only one left.  Not sure how I came across it but he

I have no idea how I came across Star Wars Anonymous but I'm glad I did.  I've made friends with the blogger and enjoy how she managed to find something Star Wars related well before The Force Awakens was even on the horizon.

I don't know what the plans are for this building looks like they are going to build residential units above new store fronts as part of the planned rehabilitation of the Edward Fox Photography and former First Staffing buildings across from the Jefferson Park CTA Terminal. 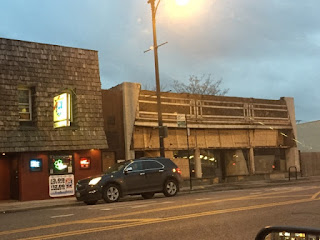 Posted by Icarus at 8:59 AM No comments: 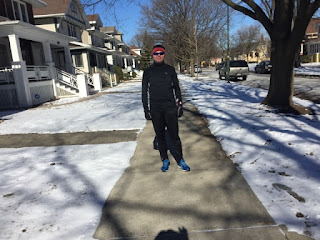 Posted by Icarus at 4:57 PM No comments:

So I've been binge-watching The 100 on Netflix.  Because I generally like science fiction, I gave Kass Morgan's trilogy a chance.  I tried to get into it when it first came out (March 19, 2014) but I was too busy with other TV shows and decided that if it stuck around, I would watch it at some point.

The adaption appears to have taken a radical turn from the books which is probably to be expected when you create a series out of a book especially if you market it for the CW's young audience.

Science Fiction generally requires you to suspend disbelief and the reader is willing to do so if the storytelling is entertaining enough.  Take Sleepy Hollow for instance.  While it has evolved into Revolutionary War Fan Fiction, the first season, the very first episode required an enormous suspension of disbelief on behalf of the viewer.  But because the chemistry between Icabod and Abby was so amazing, you were only too glad to do so.
willing to give this CW Network adaptation of


Writing fiction isn’t necessarily about so thoroughly developing your world that you as an author have an immediate answer for every possible consequence of the development of your universe. What you are often going for is sufficiency — that the world is logical enough to play in for the purposes of your story — and direction — moving people along in the story quickly enough that they don’t have time or the interest to question your worldbuilding or story-telling choices, at least until the story is done and you’ve bundled them back out into the real world, waving and smiling.  -- John Scalzi


If you do your world-building well and set up sufficient rules for your universe, you can get away with some things not making a lot of sense.

I generally like this show but there are some plot lines that I could do without. There are too many instances where someone acts in a manner that is clearly designed to advance the plot instead of mimic how a real person would act in that situation.  Other times horrible situations could have been avoided if two or more characters had just had a normal conversation where they share the information they have with each other.

SPOILER ALERT:  For instance, instead of kidnapping The 48 and stealing their bone marrow, wouldn't it have been easier to form an alliance with the Arkers and trade food and shelter for it?

Posted by Icarus at 9:49 AM No comments:

So I ran 13 times for a total of 46 miles.   Almost half those miles were f m the two 5 milers and three 4 milers.  I upped my game the last week running Sunday, Tuesday, Wednesday, Thursday and again Sunday.   Basically running 20 miles in the 8 days.  I'm happy to report that I averaged 9:15 min/mile, which

Alas I didn't quite make the weight drop I was shooting for, but I did lose 5 lbs.  I technically have until midnight tomorrow to weigh in and I suppose I can drop the last 3.5 lbs needed but don't hold your breath.

Twice last week, the weather was awesome for running but I wasn't in the mood or didn't make the appropriate arrangements to do so.  So instead of running outside on Monday in nice weather, I had to do a treadmill run inside on Tuesday.  Sunday was warmer than Saturday but Sat would have been a better day to get the longer run in.  I could have then tried a short treadmill run on Sunday (or outside) and run today as well which might have increased my chances of losing weight.

But to be honest, the reason the weight isn't all gone is because I did not moderate my diet appropriately.  Too much alcohol coupled with some questionable choices of food counteracted much of whatever good the running did.  I also didn't really step up until the 3rd week of the bet thinking that I would just magically run more and eat less.  Face it, I lack discipline.

In other news, I passed my emissions test on the 3rd try and ordered my license plate sticker.  I'm working from home and thus don't need to drive but even if I did, the risk of getting caught with an expired tag is very low since I go from garage to suburban parking lot.  I have to admit, WFH has definitely saved me a lot of gas and tolls.

Posted by Icarus at 2:44 PM No comments: