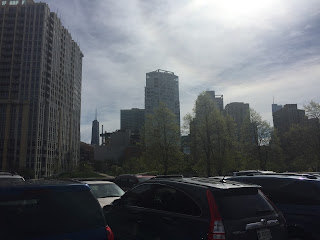 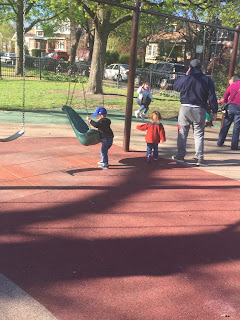 WFH should be a benefit, but lately it has not been all it could be.  Sure, I get to save time on my commute.  Unfortunately, I do not get to take full advantage of the perk because of my mom.

Our house is in much better shape than hers, so much so that she spend a lot more time ours, under the guise of helping with the babies.  A normal person would realize that they get the whole house to themselves Monday through Thursday and respect my wanting privacy and alone time on my WFH day.

Unfortunately, my mom is not a normal person.   my mom doesn't understand the concept of personal space, privacy or alone time because she has an over abundance of these.  It's kinda like explaining the plot of Inception to your dog...in Latin.

My mom has the mental and emotional faculty of a teenager.  Through an unfortunate set of circumstances, she never developed the tools and savvy to navigate Life beyond this stage.  In addition to that, she also has a closet full of Bad Decision Jeans which she wears to death.  I keep talking to her like she is an adult capable of understanding complex scenarios and making mature, adult decisions.  Unfortunately,  her brain is not wired correctly to process these directives.


TL/DR:  My mom isn't good at Adulting, in fact she's terrible at it. 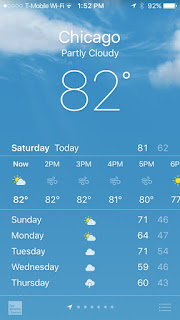 One of the bad raps that Chicago gets is that we don't get much of a Spring.  We usually get a long, brutal winter followed by a period of melting snow and rain, which then gives way to a humid Summer.  It's really more of a perception than reality stereotype but there is some truth to it.

Two weekends ago was pleasant weather.  I managed to get some thing done around the house including the first level of cleaning out the garage.  It's not nearly at the level I would like it to be but I am able to move around in the workshop section and my work table is clear so there is that.
We had a very mild winter but it was still winter and it wasn't always warm enough for me to work outside or in the garage.  A lot of what we do is predicated on weather, free time and whether or not my mom is around.  When she is around, she can distract Moose and Squirrel.  However she often gets in the way especially if Nightingale wants to cull clothes or toys or anything else we want to get rid of.  My mom has a save everything forever hoarder mentality.


It's a rock and hard place situation.  With her around, we get some help with the kids but she drives us crazy, especially me.  Without her, we are back to man-to-man coverage on the kids and don't have time to work on other things. 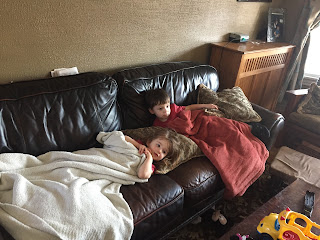 This weekend we honored the Easter holiday tradition by going to a home improvement centerto buy supplies for our garden.  IN keeping with tradition, we didn't actually do anything with said supplies.  These will sit in the garage for at least a month until we finally budget some time to get to it.

Have you met our Washer and Dryer yet? 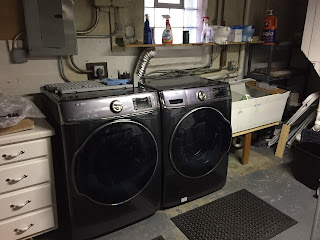 Over a month ago we purchased a new dishwasher just to come home and find we needed a new dryer as well.  I simply bought the largest washer and dryer that Samsung had available.  We have had these just over a month and they seem to be performing up to expectations.  I don't really do the laundry anymore, my mom has taken that task over in order to rationalize her hanging out here 99.9% of the time.

My only regret is that I didn't get one that was smarter.

I hate the term Smart when used to describe anything. The Smart Phone has led to a certain expectation and even prejudice against anything that is described as smart.  A better term might just be enhanced.

So there are two types of smart washer.  The one that supposedly scans your wash load and determines, based on weight and presumably material how long to wash it.  And the other one that lets you talk to it via a phone app.

In any event, we had an issue with the washer and I had to troubleshoot it the old fashioned way but googling error codes like a cave man instead of being able to connect a smart phone app to the machine and getting a detailed analysis of the problem.

Posted by Icarus at 1:15 PM No comments: 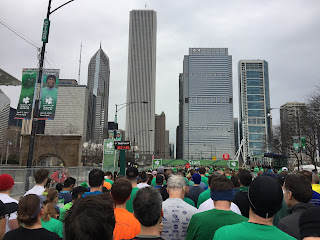 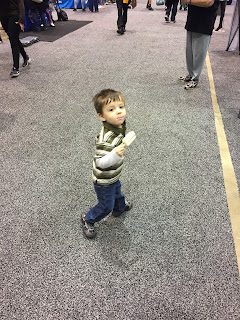