A little late to the steps game

Recently, reluctantly, I enabled the step counting or tracking features of my iPhone.  In my running heyday, I never cared about getting in a certain amount of steps per day (and it wasn't a thing that I recall anyway) because I knew that even my easy mileage would knock out 10K steps.  not to mention going over it so much that my rest days would be covered as well.

Alas, I'm not running as much yearly as I use to do weekly.  According to Strava, I've run just over 20 miles this year, and the bulk of that came in October when I decided to do a virtual 10K.  The Michael Meyer's Virtual run.

This step tracking comes in conjunction with the purchase of a new scale.  It's fancy.  It tracks all the stats, except maybe one or two that you'd need an even higher-priced version.  Anyway, the first time I step on the scale, Dec 1, I weighed in at 220 lbs.  Five days later, without doing any exercise or diet modification, I was at 216 lbs but went back up though never reaching 220 again.  With some intentional running, walking, and eating modifications, I've managed to hit a low of 213 lbs.  Weight fluctuates.

Back to the steps.  Nightingale agrees with me that the steps probably aren't accurate unless you are wearing a Fitbit or Apple Watch or other such devices.  Most mornings I do the same thing in the first hour of the day.  Fetch coffee from the kitchen, feed the cats, and pace the house while getting Moose and Squirrel up and to the breakfast table.  Yet the difference is astounding.  one day I hit 1000 steps by 8 am, the next it's only 500.  Today it was 2000 but that's because Friday is garbage day and i have to walk our cans down the driveway to the road.  Granted some days I forget to carry my phone with me all the time so I miss a lot of steps.

An unfortunate set of events for New Rigel

My desktop, New Rigel, has finally bit the dust.  it seems like every time we move into a new house, one of my computers breaks a few months later.  Okay, I only have two data sets for this and both machines were already pretty old before moving them around several times.  But I had just sunk a little over $100 into upgrading the memory because it was giving me some performance issues when I tried to work with remote Citrix for my contract gig.

I ordered a new computer desk in November.  It took two weeks to arrive via some crappy Amazon issues.  I actually had to reorder it but got a $40 credit for my troubles. 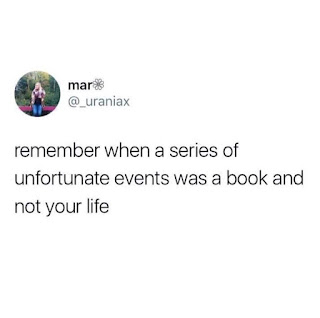 After building the desk, I powered down the PC and put everything on the new desk.  I didn't power it back up because it was evening and I didn't need to do anything computer-related.  The next morning it wouldn't turn on.  Something must have happened during the night because the UPS device I keep my PC plugged into was off, and out of backup power.

As I had to start work, I borrowed Nightingale's laptop and was able to find most of my URLs through the power of Chrome.  This has been a decent short-term solution but Nightingale really wants her laptop back.

I did some troubleshooting and found that if I removed the ATX CPU cable, the computer would power on, but of course, nothing would boot up.  The next thing to try was the Power Supply.  I ordered one off eBay and there was drama with that because I had my old address in my account and didn't notice until I hit Purchase.  eBay has no mechanism to change an address after an order has been placed, and the seller was less than helpful.

The new Power Supply didn't make a difference so now the best, and really the only course of action is to get a new computer.  I'm not ready to purchase my next Forever Computer so I'm looking for a cheap but serviceable one.  My current gig goes until January 28th and I don't know when the next gig comes along.

My dead desktop was pretty robust and it had built-in WiFi.  The cheapies I'm looking at on Woot either don't have WiFi or come with a USB dongle, which isn't ideal but I'm warming up to it.

I considered buying an exact version of my old desktop off eBay so I would just swap out hard drives and reuse the RAM I just bought.  But as Nightingale pointed out, why would I want an 8-year-old computer?  And as some friends on Facebook pointed out when I bragged about upping the RAM, solid-state drives are where it's at, man!

There are some cheap refurbished desktops on Woot but many of them do not come with built-in WiFi or optical drives.  Some do not say how much RAM They support.  I think I have found two that might suffice, but I'm torn between going cheap or going for the long haul.

Note: I know these links may disappear but I've basically shown them with max price options on Woot.

The major difference is the processor and each comes with different SSD size options.  Basically, I either buy the i5 with the half-terabyte SSD or I get the i7 with the 1 TB SSD.  none of the options in between are worth it.  I'm hoping that I can reuse my optical drive from New Rigel.

I'm leaning toward the cheaper option.  If it fails, i won't feel as bad knowing that I save $200 which can be used to buy the next desktop, a gaming machine perhaps.