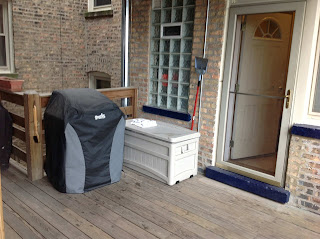 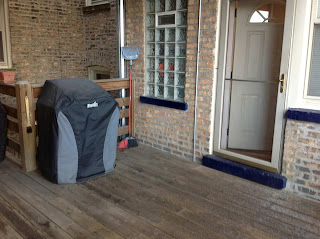 I'll give him some credit, it was just a suggestion not an imperative.  Many of the realtors I've encountered act as if the only reason your place isn't selling is because you didn't take their staging advice to the letter.
Posted by Icarus at 1:50 PM No comments:

﻿ ﻿ Nightingale and I are going to Nashville this weekend to see her folks for the holidays. While this trip has been planned for months, we do wish we were in town because we have some things to work on that would benefit a Saturday and Sunday of daylight.  The last several weekends we have been busy with other phases of Mystery Project Number 9 and when we get home in the evenings, it's too dark to work on it.

In the mean time I thought I'd post a picture I took today.  Others have posted this picture on Flickr and Facebook and other various sites. I took this with my iPad because I feel that if I'm not gonna write more detailed posts, I should at least include some fun pictures for my three readers to enjoy.


In the decade that I've lived here, I've only gone into Maria's Pool Hall to vote, never to play pool.  While it's usually empty, it does seem to have an element at a couple of tables that just doesn't seem too inviting to Default Easiest Level.  That's not to say that I wouldn't have gone in sometime with a few friends to shoot pool if there had been an opportunity. However as I have few friends who like to shoot pool and are ever in this area at a time when shooting pool would be a good way to spend some time, it just hasn't come up.

Posted by Icarus at 1:25 PM No comments: 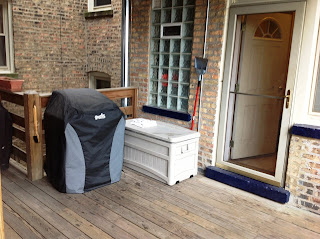 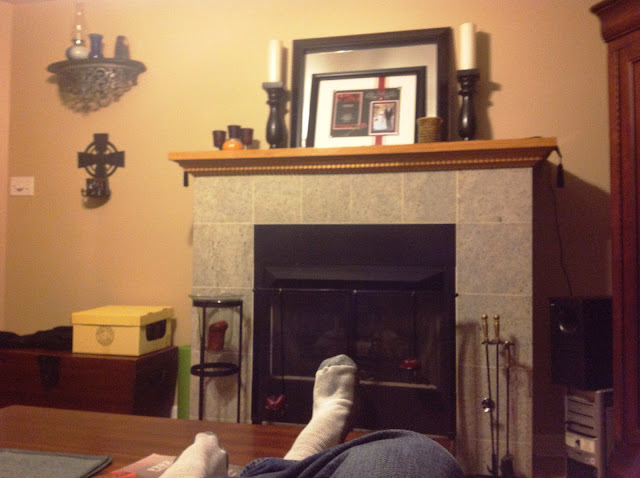 It's not the first volley in the War Against Christmas

I've mentioned before that I stopped sending out Christmas cards years ago. It wasn't a sudden stop, more of a gradual fade. It was my way of going green long before going green was in vogue.  Of course now that I'm married, Nightingale has resurrected the tradition.

In the world today, Holiday Cards are the Politically Correct answer to sending someone a greeting without offending them.  Non-specific Holiday Cards are nothing new. When I was growing up, we sent these too. Only it wasn't a "I don't want to offend you because I don't know what you celebrate or how strongly you feel about it" gesture.

If you got a Happy Holidays card back in the day, it was a personal indictment. We were admitting that either 1) we couldn't get our act together and get our Christmas cards out in time, or 2) we didn't expect a card from you and you surprised us when we received yours just too late to get one out by Dec 25th.

For a time we even handled those exceptions by sending out Happy New Year's cards. Except we quickly realized that if we couldn't get it together with a month's head start, we probably were not gonna get it done with small window between Xmas and NYE, especially since we had to rely on the Post Office.

I don't think of holiday cards as a way of taking Christ of out Christmas and I don't get offended when I get one.  I'm probably more put off if someone simply send a card with no personal flair indicating the card was meant for me other than the name and address on the envelope it came in.

When I did send out cards, I made a conscious effort to send my Jewish friends either Hanukkah Card, or a Holiday Card but if I slipped up and send them a Christmas Card, they took it in the spirit it was intended.

Some people get bent out of shape that the Political Correctness movement has gotten out of hand.  It has, but not in this case.

"As Roger Simon once wrote, another way to think of PC is CD -- common decency. It's common decency to use language that does not offend IF your sincere wish is not to offend." -- Eric Zorn from his comments on Change of Subject.

So if you wish to make a genuine acknowledgement to those who may not celebrate the same winter holiday as you and you don't wish to offend them through your reference, then you want to use a neutral term.

After all, isn't Peace on Earth the underlying theme of most of these winter holidays anyway?
Posted by Icarus at 9:37 AM No comments:

Things have been very busy both at work and at home. At work my summer slowness has dissipated and I now have more things going on. It's not quite the busy workload I'm use to and I would feel more secure in my employment if I had just a few more things going on, but it is a step in the right direction.

When it comes to workload, I don't like to be so busy that I cannot keep up with things nor do I like to only have one or two things that will take 5 minutes to complete once I get started. That's probably why my timesheets are always late.

At home we are doing some purging.  We are trying to get rid of things we don't need or use to make more room in our cramped condo and hopefully eliminate some things we would likely pack and cart off to a new home.  In that process I discovered a way to merge two gifts given by different friends at different times in my life.
﻿ ﻿ TrueSusan made this fruit bowl for me years ago as a condo warming present.  For our wedding DrDrea gave us this fruit holder wire basket.  Nightingale and I use it every day as she buys fresh produce every Sunday.  However, she felt that the wires were too far apart and smaller fruit would fall through.  Voila -- Icarus solves that problem.
Chicagoans are groaning about last Sunday's Bears game. We lost one we should have won. However, more than once this season we won one we should have lost (Carolina, Detroit). Even the defending Super Bowl Champion Giants lost to a rookie quarterback.

Sunday was also the start of Advent which use to be not only important for me, but also very symbolic. Advent is the beginning of a new Liturgical year in the Catholic Church.  This means Roman Catholics are preparing to celebrate in joyful expectation the birth of Christ.

Advent is acknowledgement of the days growing shorter and darker.  While many people believe the bridge between the world of the living and the dead is extended during Halloween, a few Catholics believe Advent and Christmas is another time when that veil is thinned.  I'm not sure how I feel about that.  It harkens both the dark days of superstitions and the bright light of faith.

I use to think of Advent in the same way that people like to look at New Year's Day. Purging, Clearing out, Preparing, Examining.

I'd get all self aware and reflective. I'd look back at the calendar year that had passed and take stock of my successes and failures and think about what i could to do improve the next year.  There were a lot of Sundays in church looking at the Advent candles -- one, two or three lite -- and reflecting on the damaged relations and lost friendships of the previous year.
Posted by Icarus at 11:04 AM No comments: