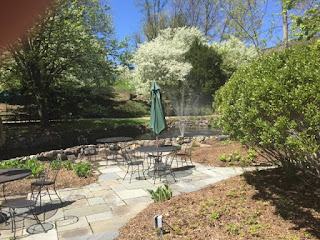 So I decided to thin out my Facebook and LinkedIn connections a little bit.  While I'm still having trouble pulling the trigger on a few people, I have already noticed that each time I unfriend even a small group of acquaintance-pseudo-friends, I suddenly see posts from people I haven't seen posts from in years.

It would seem that the goofy algorithms that Facebook uses to determine what you see are impacted by random things.  I know that many of my friends aren't seeing my posts and vice versa.  I've long suspect that it's even more diabolical than that.  I believe the algorithms cause Person A to see Person B posts, but Person B doesn't see Person A posts, causing them to eventually break about because Person A thinks B is a jerk for not interacting with them.

The LinkedIn thinning is because I have a lot of random recruiters who only connected because they believed they could place me somewhere and have really done nothing for me.  LinkedIn was probably a good resource once upon a time but like everything else, it has become saturated with too many people trying to use it for purposes it wasn't intended.

Posted by Icarus at 9:02 AM No comments:

Ever since I bought my HP desktop and connected two monitors to it, I've had this issue where the monitor would crash if I loaded a YouTube video or other graphic intensive element that ate up CPU and didn't play nicely with the monitor drivers.

I tried troubleshooting it but the registry hack was unsuccessful and there were no driver updates available that would resolve it.

So naturally the only solution left was to buy a new monitor.  I waited until my financial situation improved and then bought a gaming monitor. 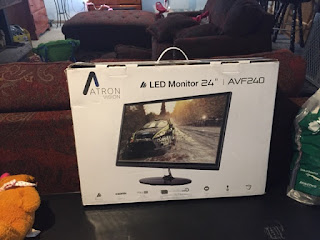 To be honest, it's okay.  It seems that you can only turn it on using the remote control which seems pointless.

Waiting to take off

This is me stuck on a plane that cannot depart because of weather in New York and New Jersey. 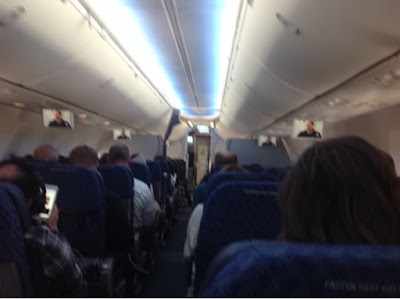 Posted by Icarus at 3:26 PM No comments:

But good enough for your children too 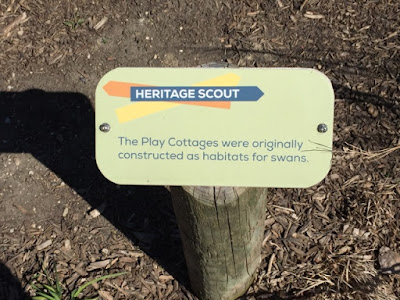 Posted by Icarus at 9:32 PM No comments: 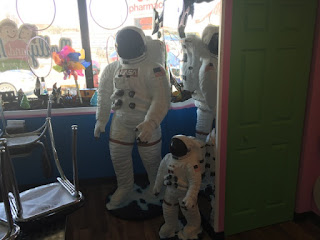 Posted by Icarus at 3:12 PM No comments: 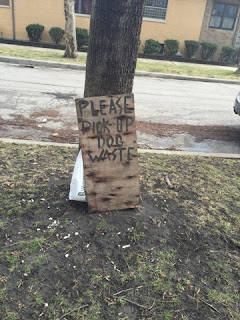 Posted by Icarus at 9:09 AM No comments:

This kinda scares me actually

I published a post about Gia Alverez, a an avid runner, blogger and running coach, who has been banned from running the Boston Marathon for life.

The thing about blogging about something like this is you either have to publish while it's hot or wait until as much information is available so you don't look like a fool when the next shoe is dropped.
That means you're going to say something that people don't like or agree with and have to defend your statements even if you put qualifiers.  In this case, I'm agreeing with everyone that she did a bad, bad thing and that she should be punished.  What I'm suggesting is that there might be mitigating circumstances such as post-postpartum depression that has led to her making poor decisions.  I'm not saying PPD exonerates her.

This story is unfolding and when it first broke, the official reason for her lifetime ban was simply giving her friend her bib. IMO, that is too harsh.

After it was discovered that she was going to use her friends results to qualify for the next marathon, then it becomes more justifiable, but that wasn't the way it unfolded. I think a lifetime ban might still be too harsh. This isn't Shoeless Joe Jackson throwing a World Series.

Now if it turns out her previous qualifying times were falsified then she has earned a lifetime ban.

Just ran the Ottawa Marathon today and glanced through the women's results to see how quick I could find a suspicious result. Sure enough, bib 11799 is clearly not legit. Negative split of 2:01 1:19, missing 30k split. Past half marathon results are consistently in the low 2 hour range.
Marathon results: http://www.sportstats.ca/display-results.xhtml?raceid=26006&status=results&category=Women
Past results on roadraceresults.com
http://www.marathoninvestigation.com/p/post-questionable-results-here.html


This person decided that after finishing a marathon, they would celebrate that achievement by looking for cheaters.

Don't get me wrong, usually a person who course cuts usually does so on purpose.  However, there are just as many instances were a course wasn't clearly marked and someone legitimately goes the wrong way. [The opposite happens too.  My friend DrDrea ran an extra mile at the Las Vegas marathon in 2007 and while it didn't impact her qualifying for Boston (she wouldn't have done so even without the extra mile) what if it did?  ]


I'm all for a self-policing community, especially one that works together to expose cheaters.  However, some of these comments seem to have already judged and sentenced the alleged cheater before proper vetting of the evidence or the accused having any chance to defend themselves. 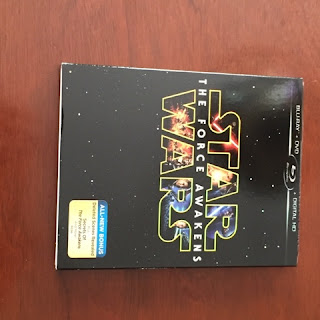 For no particular reason, I pre-ordered the Star Wars: The Force Awakens (Blu-Ray/DVD/Digital HD) on literally the very last day of February.

Shortly thereafter, Target sent me (and presumably everyone else who pre-ordered) an email announcing a special Target Exclusive version that would include with a bonus disc featuring 20 minutes of content unavailable anywhere else. It will also feature exclusive collectible packaging.

To get it one had to cancel their order and re-order this new version to which I said F to the No.


Shortly thereafter another email came out clarifying that instead of a bonus disc, "the bonus content will be available as a digital download. The packaging for this Target-exclusive version will contain an insert with a unique code and URL for downloading the bonus content via Disney Movies Anywhere." 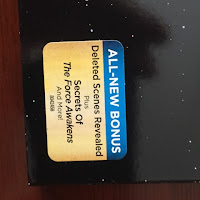 Again, not impressed.  What came in the mail today has this sticker on it so I'm not sure if they just sent everyone some additional content or if there is still the bonus BONUS content out there but this will suit my purposes just fine.