I'm only writing this for banter

I've been listening to AM radio on the drive home, specifically Tom Waddle show.  Sometime just before the Vikings Game, a fan called in and said he still believed the Bears had a chance to make the playoffs.  This was before they beat the Vikings when even the radio pundits felt it was over.

As much of a die-hard fan that I am, I don't even share that caller's optimism.  In fact, I burned my Bears Flag when they lost to Green Bay two plus weeks ago.  I wasn't so upset that they lost -- GB is a pretty good team and it was at home -- but I was bloody pissed that they played so poorly after a bye week. 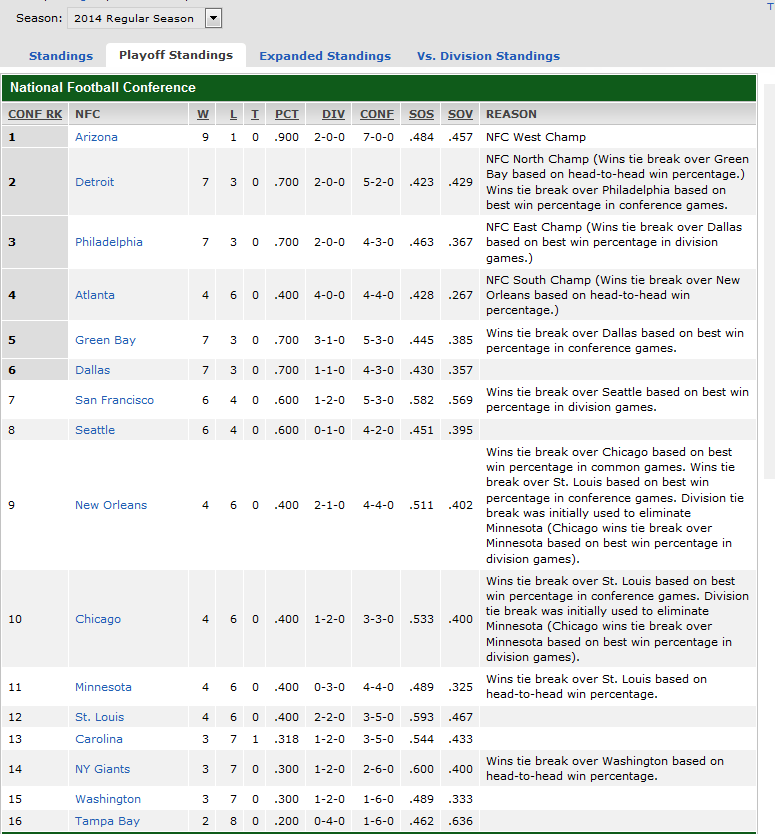 Looking at the ESPN playoff standing screen capture I'm posting, for the Bears to make the post season the following would have to happen:


If the Bears win out the rest of the season, that would mean they beat the Lions twice along with Dallas and New Orleans and they would end up a wild card.  I suppose they could split with the Lions as long as they win by more points for tie breaking rules.   Which would be ironic to me because at least twice in my years as a fan they've missed the playoffs with 9-7 records but lost out to tie breaker rules (and I suppose the one 10-6 year that was true too).


Left on the schedule:

So let's say they are 8-6 or 7-7 at that point.  Presumably the playoff picture is clearer two weeks out and winning out would control their own destiny, something the Bears historically are not good at.
Posted by Icarus at 8:42 PM