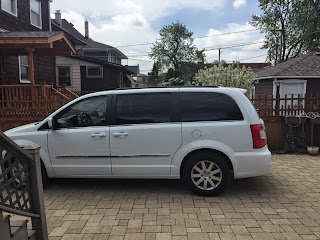 But at least my drafts folder is getting cleaned up:  I'm way behind on posts here because of the twins.  I always envision writing posts for this blog when I'm WFH on Fridays but every Friday the day gets away from me.

If I'm to keep up with my goal of ten posts a month, then I'm gonna have to start hammering some out quickly.

I mentioned that Moose and Squirrel are essentially sleeping through the night. Except when one of them is sick and cannot breathe through their snot clogged nose.  Or one is teething.  Or if they suddenly decide that they didn't eat enough during the day when food was offered so they want a 3 am snack.

And sometimes even when the kids either sleep through the night or go back to sleep quickly, Nightingale or I don't and then we are miserable the next day.  Now imagine a week where this sleep deprivation goes on, interrupting your REM cycle and  zapping any semblance of energy you might have for the next day. 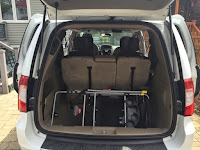 Nightingale's Trail Blazer had been acting up for a long time and was pretty much on its last legs around Christmas time.  We had an emergency repair while in Grosse Pointe and we really hoped the car would survive until after we sold her condo.  No such luck.

Last month it went from bad to terrible, skipping worse altogether. So we decided to get a Chrysler Town and Country minivan.  We considered a Dodge Journey but Nightingale decided the sliding doors of a minivan trumped the coolness factor of a vehicle that wasn't a mom car.


I had a strange dream. I was working back at the No-Name Software Company and one of my bosses from TopFive was actually my boss there.  There was an incident and he or someone wanted me to get in trouble for it but because I did technically follow the proper procedures and had vetted/documented my part, there wasn't anything they could do. 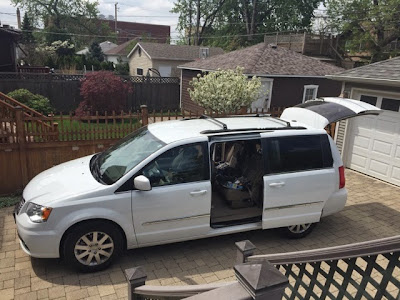