Helping out with the cooking

I came across these recipes and decided to give them a try.   This is my second attempt   They are each meant to be a main dish but I felt they complemented one another so I made them for the same meal, but more interestingly, at the same time. 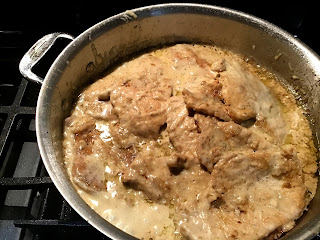 The interesting thing about cooking, especially Italian dishes is that you can make substitutions.  Which is a nice way to say “damn I forgot to get x, will y work..” Usually, it does.  For instance, no one can ducking tell if you used a shallot instead of an onion. 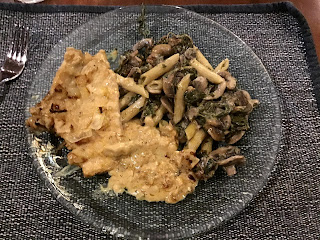