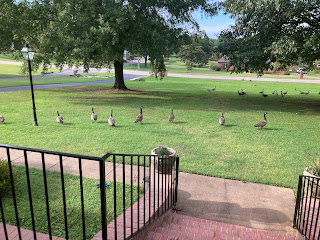 I started a new gig this week.  I don't want to say with whom, in case they have a google alert set up for their name, but let's just say I never thought in a million years I'd be working for the corp de Fox.

It's a contract role but it pays well and might lead to a full-time with benefits position.  Even if it doesn't, it should provide me with the missing experience that hiring managers have claimed has caused them to pass on me in the past.

I almost didn't move forward because the First Contact was a person with an Indian name and those usually are call center recruiters who are just trying to hit numbers with cattle calls.  But I took a chance and he and his Manager got me an interview.

There were 3 rounds which seemed like overkill for a 6-month contract position. Still, the nice thing was the interviews were about introducing me to the teams and seeing how we gel, as opposed to trying to score cheap points by asking questions that have no bearing on my skills and capabilities.