Not even by a Long Shot

Forgiving and forgetting are not skills I over excel in.  Quite the opposite, unfortunately.  I'm just not wired to forgive people who have dicked me over and I'm afraid to forget least it ever happen again.

Back in college during my last semester at NMSU (now Truman State University) a couple friends were not getting along. What they were fighting about isn’t important, but it is amusing so I’ll share. Cindy was pissed at Linda because she made out with Jane’s boyfriend. Jane and Cindy were BFFs and felt Linda’s indiscretion was, I don’t know what exactly since a few years later, Cindy and Jane’s ex-boyfriend did the horizontal mambo themselves.

Also, although they broke up, Jane’s boyfriend got off (no pun intended) relatively Scott free. And was rewarded with sex with Cindy a year or two later.  The make out session occurred in late December and it was after that semester that I came back home and was out of school for 9 months until I went to UIC and finished my bachelors.  I'd hear bits and pieces of the saga in letters and phone calls and have pieced together the following.

Cindy gave Linda the cold shoulder for the entire Spring semester. She did everything she could to make Linda’s life uncomfortable and unpleasant. We were all in a service fraternity together and the requirements -- besides the whole in friendship, leadership and service thing -- would force them to be together on various projects.  The funny thing is, Jane didn't really care especially since she was gone.  She transferred to another school because she completed her program at NMSU.

Then at the end of the semester, Cindy had an epiphany or something because she apparently apologized for how she treated Linda. I wasn’t there so I don’t know if it was one of those fake apologies or a sincere one.

I asked Linda about it once, and she said something like -- keep in mind, I'm going off more than two decades of old memories here: 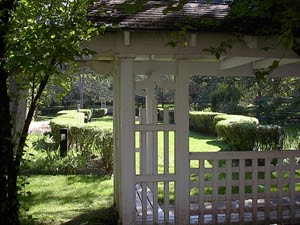 It's nice that Cindy apologized but it doesn't really undo the sixteen weeks of hell she put me through to get here especially since this is my last semester.  Linda was transferring schools as well.

FWIW many of the curriculum at NMSU were two year pre-programs designed to get you started and then ship you off to a school with a full program.  I was ambitiously attempting to become an electrical engineer and failing miserably at it.

I checked once and could have sworn these people were all friends on FaceBook, except maybe Jane and Linda or the ex. I checked recentlyand found that Linda isn’t friends with Cindy or the ex, so I don’t know if there was de-friending involved or if I imagined the whole thing in the first place.

I was thinking about Linda's declaration the other day and the story that goes with it.  Over the years I've had perhaps more than my fair share of falling out with friends.  Sure, I'm the common denominator so that's my demon and I face it more often than I like.  Still, in most conflicts, rarely is one side 100% to blame.  Today there doesn't seem to be a point in the future when my catholic friends and I reconcile our differences.
Still with enough time, anything is possible.

Cindy and I were what I thought were good friends in college. We kept in touch post-NMSU then suddenly she stopped writing or returning emails. Through the grapevine, I heard that she was mad at me for some reason. I asked mutual friends to see if they could find out what I had done to earn her wrath but no one knew. She wouldn't talk about it. I made one more attempt in the mid 90s to see if she was up for re-connecting and as I understand it the response was no thanks.


For some reason, I friended her on FB a year or two ago. I was surprised when she accepted. We don't comment on one another's posts too often, though we wish each other happy birthday and congrats on major life milestones. I think this is probably as good as it gets this late in life.