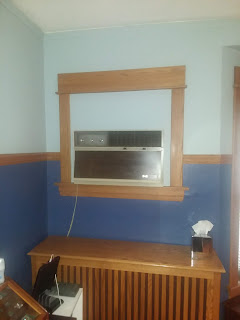 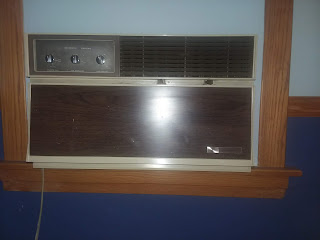 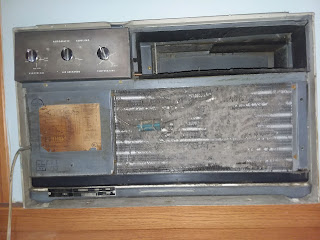 At first, it seemed my only options were to replace the unit which will run just short of $1000.  Or I can try to convert the opening back to a window, which will probably cost nearly as much.   I'm inclined to replace the AC so that we get some relief this summer before we put the house on the market.  NG feels that a window looks better.  The problem is, it isn't possible to put a double-pane window that will open enough for a window AC unit, which is why someone used this solution in the first place.

Edit from the future:  With a little helpful advice/research from Gary Lucido, we were able to find a unit that fit and I installed it myself for under $500.