I've written about the time at the BigName Law Firm 1.0 and promised to write some more posts when I'm looking for post fodder.  I really should let this part of my past go but for some reason my mind wanders to this time period when I drive to work.  Which implies that something going on today is influenced by something from the past.  Or at the very least writing about it will help me exercise those demons so that there is room for more current devils of torment.

The PA position was created to serve two primary purposes.  The first was to perform  Late Court Filing Runs.  The other was to work on non-billable tasks or tasks that should be billed out at a lower rate than the standard Legal Assistant rate.  Both of these roll into the bucket of Things the Paralegals Didn't Want to Do. 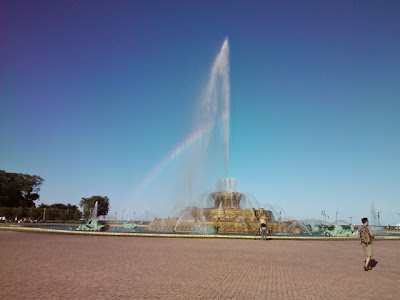 I've given a few examples of the non-billable low-billable tasks we were given.  Most of the time they were mind-numbing mundane things that we were obviously given because the paralegal didn't want to do them.  That wouldn't have been so bad if it had been properly communicated that this is as good as it gets.  Instead a tactic many paralegals used was the implied promise that if you did enough of the crap work, they would eventually be able to trust you with the more substantive stuff.  Later than sooner,  I realized that there wasn't a large supply of substantive stuff and whatever there was, they kept for themselves.

One of the things we could and were expected to bill for was Late Court Filing Runs (LCF). What this involved was being available to run to court after the last daily docket run if an attorney had a last minute filing.  This was supposed to be a rarity but alas in a firm with a litigation dept as large as ours and as many attorneys who wanted to spend as much time as possible making sure that brief was perfect -- not because they cared over a silly filing but because they didn't want to take any chance of screwing anything up on their path to partnership -- you eventually got more requests than capacity.

A smart thing to do would have been to provide LCF as a service and bill accordingly for it, but we -- and perhaps Corporate America -- were not there yet in terms of business maturity.

Our building was a good 15 minute walk from both the US District Court and also the State Court House.  Even if you jumped in a cab, at that time of day with traffic (foot and car) it could still be a good 10 minute trip.

For some reason, the PAs didn't like LCF probably because the onus of success was on us.  It didn't matter if the filing got to us so late that by the time we got to court, the clerk wouldn't let us file it.  In the attorney's mind, we had enough time and there wasn't any of this governance thing to protect us.

There was also the pettiness amongst the PAs.  The problem with a random assignment is that during a short cross section of time, it can seem disproportionate.  "So and so never has to go to court but the late filings come on my day. "   Add to that the more malevolent PAs gaming the system and you have some animosity.

One thing to consider is that back then, work flow processes and job responsibility, along with employee maturity, were in its infancy.  The concept of taking on Docket overflow was  ad hoc when it should have been better thought out.  The necessarily training was omitted from the PA position partly because it was supposed to be the exception not the rule but also because on the job training wasn't really a thing there.

If I knew then what I know now...it wouldn't make too much difference because we certainly weren't empowered to change anything.  and we were marginalized, the paralegals didn't care because we were there to do the LCF and with five or six of us, they would never themselves have to go run to court.

Still, it would have been better to have a weekly rotation instead of daily with a primary and backup lined up.  The backup for one week could be the primary the next week and could shadow docket people to court on scheduled runs to learn where everything was and how filings worked.  [I write this in case some day the technology exists for Future Me to warn Past Me about all this.]