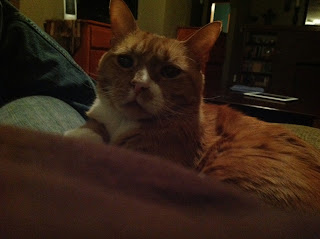 The other day on Facebook I saw two friends from college post one after the other.  That isn't unique in and of itself.  What is interesting, to me anyway, is that these two friends of mine are not FB (and presumably real life) with each other.  NMSU wasn't a very big school and Kville was small as far as small towns go.  Chances are probably very good that they had to have bumped into each other at some point on campus or maybe even had a gen ed class together.  Yet somehow these two have gone their entire lives without connecting.
I didn't attend NMSU the entire four years like they did, so the opportunities for me to introduce them were limited.  I suspect even if I had, they still would not likely be friends today.

*************************
We had a dept meeting in a new location and it made me think about my time in G-School.  The room was cold and it reminded me of how hard it was after a full day of work to go to a night class for three hours.  Staying away was an effort unto itself to say nothing of absorbing the material.

We went from 5:45 to 9 with a fifteen minute break around 730. Sometimes the prof would offer to keep going so you could get out really early but usually they took the break and then finish up around 8:15-20.   So you'd have to hope you could make it to catch your 835 metra or wait another hour for the next one. even when I moved back to the city we'd somehow miss the first brown line train and the next one would come just in time to be crowded with all the other students getting out.

That the rooms were either too hot or too cold made staying awake challenge, one I barely won most of the time.  I'd do the crossword puzzle when the Prof was droning on or answering a student's question.  While taking notes I'd write the time on the side (timestamping, who knew). 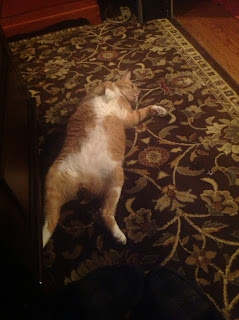 As for the meeting that made me remember this fond memory, it was very high level.  It was one of those meetings meant to include everyone but only of interest to a very few.  It's nice to be including in discussions about Business Ability and Process Models.  I can speak to it no more than a Welfare Queen can speak to the various Branches of Government.  That's not to imply all WQ do not know their Executive from the Legislative or Judicial.  It just means that unless I go back for an MBA, I will probably never care significantly about the subjects that were discussed today.