Update on my mom:  So last Thursday, my mom was transferred from a hospital room to a Nursing Home.  Medicare will apparently pay for up to 20 days stay here.  She was very against the move but when we went to visit her Friday her tune had changed.  She seemed to be okay with being there for a short amount of time.  We suspect they either gave her a happy pill or put something in her food.  Either way, we aren't complaining, we just want a year's supply of it.


Update on Condo:  alas it is looking like it is time to give up on selling and get a renter again.  This will not make the other owners in the building happy and I'm worried that any tenant will be a nightmare unto itself.  Unfortunately I cannot afford to keep carrying the mortgage.  The unit was
empty for July and August and I'll likely have to pay a finders-fee for Sept if I act now.  If I miss the September window then add one more payment.  ugh!


Week 32:  it's getting closer and we are not nearly as ready as we hoped we'd be.  We still need to get a second crib and the challenge, other than the other COWs in our life, is that we got the first one for free so it's hard to pay full price or even discounted price for a second one.  That's not to say we won't bite the bullet and get one.  On the plus side, I do believe we have all the *things* we need as far as clothes, car seats and other items the cave people didn't have but modern society needs to keep a child alive for at least the first few months until they discover Disney Cartoons.


Update on Feline:  Our cat Austin has had very high sugar readings lately.  It's no surprise since we are missing the 12 hour window a little bit with all the other distractions going on right now.

Social Maintenance:  Over the years I've been part of many different running groups.  I don't just mean official CARA groups either, though that is the main source.  For almost every marathon I've trained for I've had the privlege of running with a slightly different set of runners.  From season to season there are always new people among the returning veterans.  One of the many fringe benefits of training for a marathon is you find people who run at your pace to run with you off-season when you are not training for anything in particular. 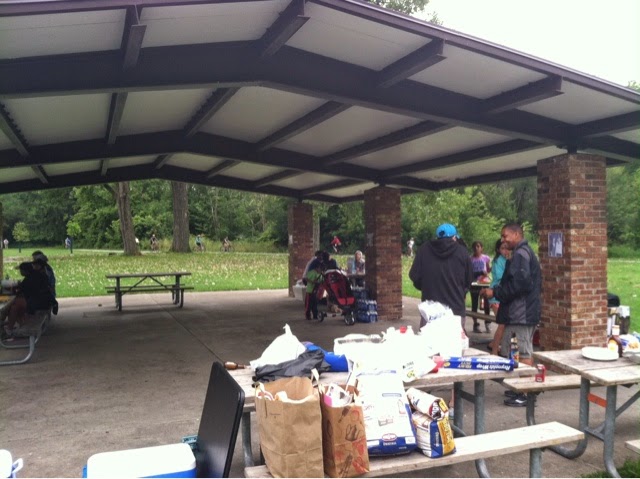 So this weekend I was lucky enough to be invited to a friend's Pre-wedding Fun Run and Cookout.  Even though it's been a few years since I ran with the Clock Tower Runners, I made an effort to show up for Social Maintenance.  While I knew a few people and managed to make a few new acquaintances, I was very relieved when the opportunity to help man the grill came along.

There was one guy who was trying too hard to be part of the group and kinda failing at it.  I recognized myself reflected in his effort.  I use to be that guy: trying to engage someone but coming off as a bit of a jerk.  I felt pity and gave him my extra burger.
Posted by Icarus at 6:30 PM