What are the odds

In the summer of 1988, I worked at PPSB as a telephone solicitor.  I sold crummy magazine subscriptions to people.  I got the only job an experienced no-talent, not connected 19 yr old could get.

As you might imagine, a job like that has a revolving door of people.  I started with a guy named Alex who lived not to far away.  A couple of times we'd go to his place for lunch and have a few drinks to make our afternoons a little more pleasant.  He was a much heavier drinker than I, Cutty Sark being his drink of choice.  We really only did this two or three times before he got fired for being late or something. 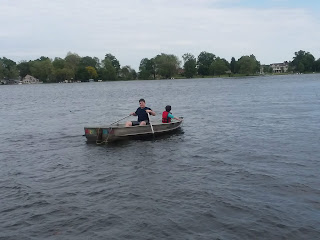 Besides Alex, I can only remember a few others from that job.  There was Melissa who went to Northern University and was home for the summer.  She had  real boyfriend somewhere but hooked up with Alex to pass the time.  She lived within walking distance of the building.  Melissa was, as we'd say, good on the phones.

Then there was Connie, who also was good at the phones.  She wasn't as comely as Melissa but had a steady live-in boyfriend.  She lived somewhere on Belmont, just west of the blue line station.

Another girl named Marie was planning to go to medical school.   Connie, Marie and I went to Medussa's one night.  It was probably the only time any of us did anything outside of work.

Finally there was Kristen.  She split her time between San Diego and Chicago after her parent's divorce.  I had a crush on her but didn't do anything about it. 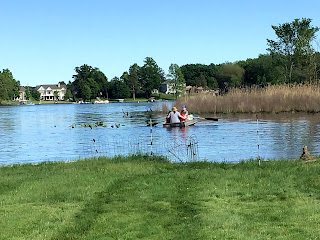 I've run into Melissa once since then.  I was walking somewhere downtown and she was outside her office building, presumable having a smoke.  She recognized me before I realized how I knew her.  She had also put some on weight which made me uncertain if it was her.

I've run into Connie and Marie probably twice as well.  Connie was my waitress one time at a bar & grill in the late 90s or early noughties.  Another time I was on a date and Marie and someone were sitting at the table next to me.

I've run into Kirsten twice as well, both times at bars.  Once in the mid-90s and once in the early noughts.  Neither time was she willing to give me her number.

Clearly none of us made enough of an impression on one another to stay in touch in any way.  I have a vague memory of calling Marie once to see what she was up to, but again it didn't grow organically.

My point is, assuming everyone was always in Chicago during these 32 years, what are the odds that we would run into one another so seldom as we have?  I'll come back to that. 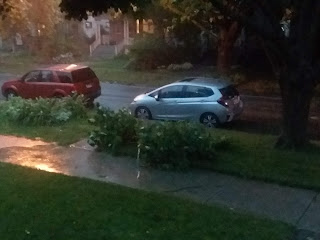 In 2008 I was in Krakow and I ran into Kimberly Chulis in the town square.  now we knew we were each going to be in Poland at the same time but had no plans to meet up.  In fact, if I had taken longer to get ready that day or she and her mom had lingered at breakfast, we might not have bumped into each other when we did.

My argument is that it is more unlikely for Kimberly and me to bump into each other than Alex, Melissa, Marie, Connie and Kristen not to run into each other in a longer time span, yet here we are.