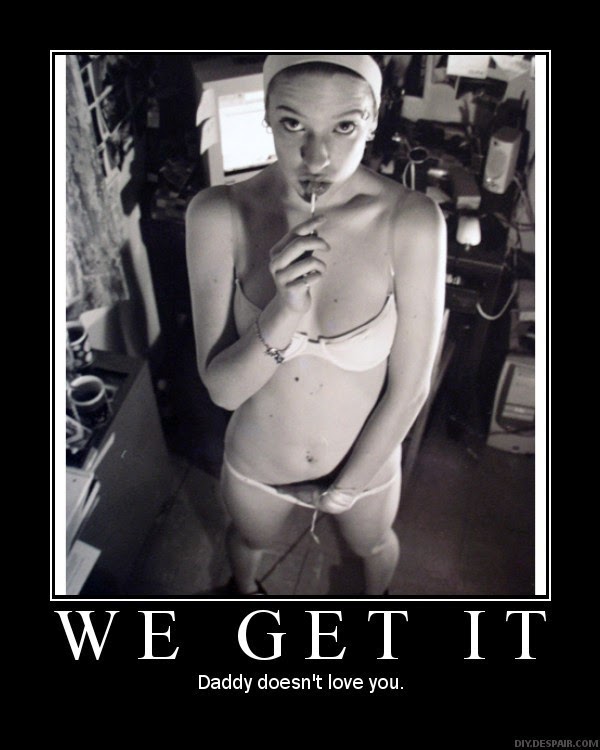 This segment of Getting It Off Your Chest features a friend who is guilty of constant thread-jacking which is veiled narcissism, but there is more to it underneath the hood. This friend hands you her resume without you asking. It's one thing to find something in common and talk about it, but to
constantly make it about you is just means someone didn't get enough hugs as a child. This friend can sit at the table at brunch and tell a half dozen of us a story. If someone else shows up, without missing a beat she can start the story all over again. I cannot easily do that. I feel guilty at making the first six people re-listen to my story that they were likely just being polite listening to in the first place. In the words of Cordelia Chase of Buffy fame, this friend really needs to get over it.


God! What is your childhood trauma?! Whatever is causing the Joan Collins 'tude, deal with it. Embrace the pain, spank your inner moppet, whatever, but get over it.

The truth is this friend is a bit of a hot mess sometimes and an emotional bag of unpetted kittens the rest of the time.


Even a dog expects to be fed One of the things I do bring to the table is, I'm a very good listener. I seldom interrupt when someone is telling a story -- unless I've heard if for the 586th time, then i might ask you to skip some parts -- and I try to avoid offering a solution 60 seconds after hearing a problem you've been working on for several weeks. However, this does not come free. If I'm going to listen to your drivel and BS, I expect you to return the favor.


One member can consistently do 90% of the listening and only 10% of the talking, and in situations where most of the talking is about life problems, what’s happening is a one-sided therapy situation, with a badly off-balance give-and-take ratio, and that’s not much of a friendship—it’s someone using someone else. -- Source

It doesn't have to be story for story, it can be slightly out of balance, like one of my stories/problems/rants to 4 or 5 of yours. But if you cut me off or suddenly have to get going, then guess what: my ears will no longer be available to hear your bs.
Posted by Icarus at 5:25 AM

Email ThisBlogThis!Share to TwitterShare to FacebookShare to Pinterest
Labels: Fractional Ruminations, Get It Off Your Chest, Rants and Ruminations